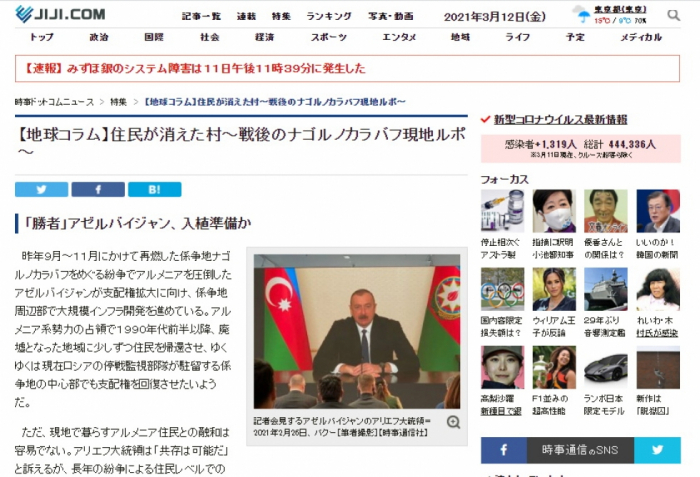 The Japanese JIJI PRESS agency published an article about a press conference hosted by Azerbaijani President Ilham Aliyev for local and foreign media on February 26.

The article "The victorious Azerbaijan is preparing for a great return" was written by the agency's Istanbul correspondent Ryo Yoshioka.

The article highlights that President Ilham Aliyev answered journalists' questions in Azerbaijani, Turkish, Russian and English without the need for translators at a press conference held on the 29th anniversary of the Khojaly Genocide.