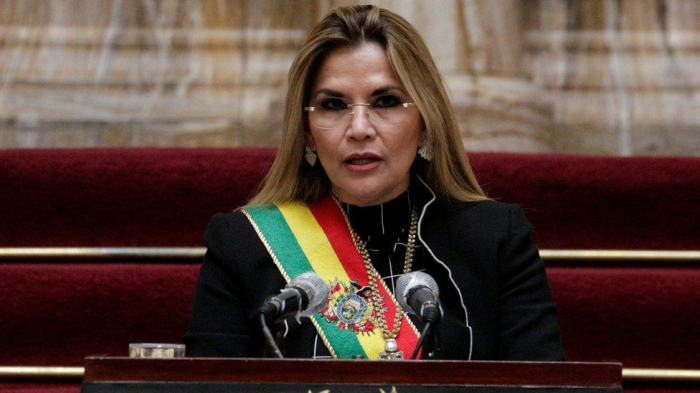 Bolivian prosecutors have ordered the arrest of the former interim president and several former ministers.

They say Jeanine Áñez and the ministers took part in a coup against leader Evo Morales in 2019.

Mr Morales said he was forced to resign and flee Bolivia after protests and allegations of electoral fraud.

Ms Áñez has said she is the victim of a political vendetta by Mr Morales's MAS Socialist party, which has since returned to power.

The party won a landslide victory in presidential and congressional elections in October last year.

The public prosecutor's office has not publicly announced the warrant.

However, Ms Áñez tweeted an arrest order she said she was issued on charges of terrorism, sedition and conspiracy, and said: "The political persecution has begun."

Mr Morales fled Bolivia in November 2019 after weeks of violent protests over his re-election and allegations of electoral irregularities.

Several of his allies in senior posts also fled the country, and Ms Áñez - the most senior Senate official remaining - assumed the role of interim leader.