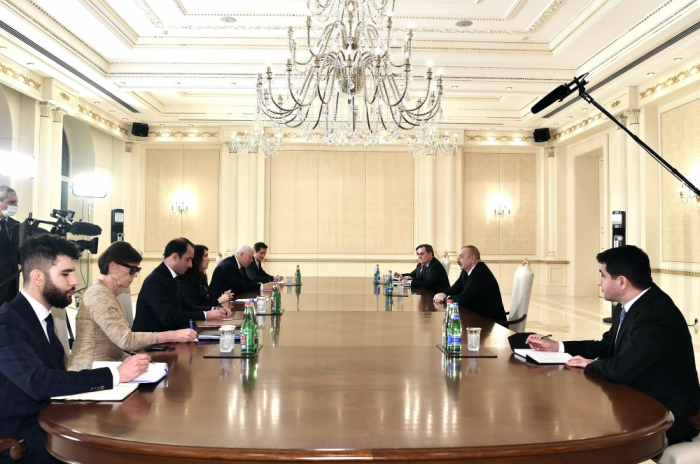 OSCE is an organization which is directly involved in the resolution of the conflict between Armenia and Azerbaijan, President of Azerbaijan Ilham Aliyev said as he received a delegation led by Minister of Foreign Affairs of Sweden, OSCE Chairperson-in-Office Ann Linde, AzVision.az reports.

“So, now the conflict is already in history and we need to look to the future,” the head of state noted.

“We discussed today with you our views on how to build the future. We think four months that passed after the war already demonstrate the will of both sides to turn the page and to concentrate on the future. This is very important,” President Aliyev added.