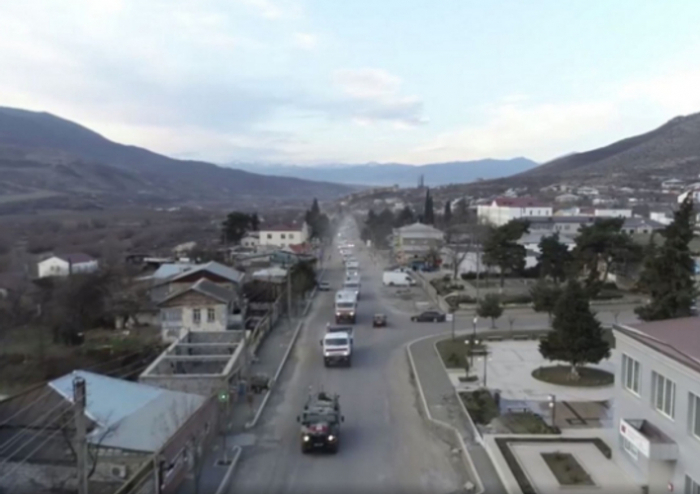 A total of 130 tonnes of humanitarian cargo - electrical equipment, concrete structures and construction materials -was delivered to Kalbajar distirct under the controll of Russian peacekeepers, AzVision.az reports citing the Russian Defense Ministry.

Totally, nearly 1,300 tonnes of cargo was delivered by seven convoys of Russian peacekeepers.

Kalbajar is one of the seven districts around the former Nagorno-Karabakh region that were home to more than 60,000 Azerbaijanis before their occupation during the First Karabakh War (1988-1994). It has been entirely demolished and razed to the ground during the period it were under the control of Armenia. Apart from residential and administrative buildings, historic and cultural monuments, libraries, cultural centers, music and art schools, museums in this region damaged or destroyed over the last thirty years.

The establishment of highways and railroads are seen as an important start for future reconstruction work in the region, as well as for economic build-up. The post-war plans of Azerbaijan attach a special importance to the restoration of the cultural and religious monuments destroyed and desecrated under Armenian control. The reconstruction of all liberated regions is therefore a process that will take a long period of time and financial resources. Azerbaijan is, however, determined that the life will be restored in the liberated lands which used to be one of the most prosperous parts of Azerbaijan in the past.