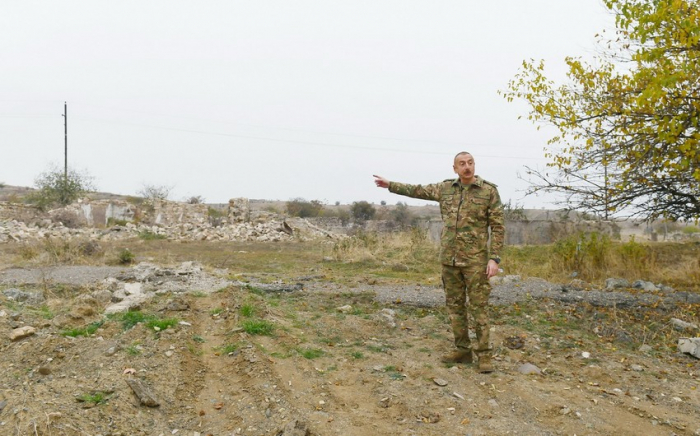 The head of state noted that the contemptible enemy, which had kept Azerbaijani territories under occupation for 30 years, did not leave a single stone intact.

“Notice what roads are like now. These roads have not seen asphalt for 30 years. All their propaganda is false and all their history is false,” he said.

“They called themselves a state. The so-called “Artsakh state” went to hell. If it was a “state”, then why didn’t they leave a single stone intact? Because they knew that this land was not theirs. This land is the land of Azerbaijanis,” he added.