Triple win for oceans, climate, and us - OPINION 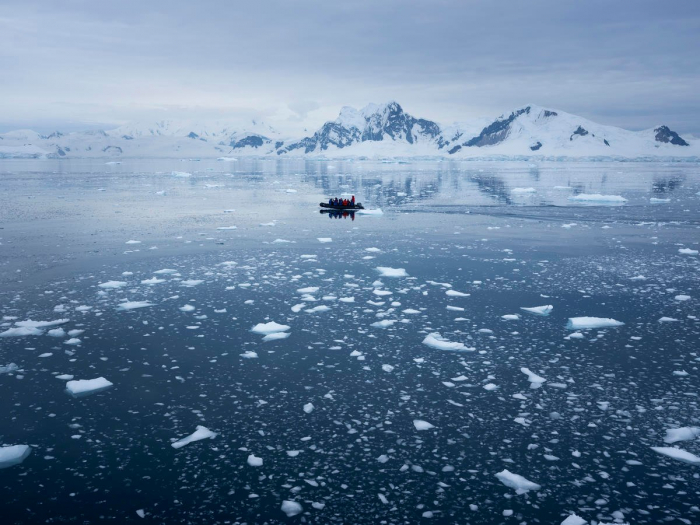 Last November, something happened in the middle of the South Atlantic that was unusual enough to make a local northern rockhopper penguin raise one of its long spiky yellow eyebrows. The tiny archipelago of Tristan da Cunha, a British Overseas Territory, set aside more than 687,000 square kilometers (265,000 square miles, an area larger than France) of ocean to establish the world’s fourth-largest marine protected area (MPA).

Tristan da Cunha hosts the breeding grounds for more than three-quarters of the world’s remaining northern rockhoppers, an endangered species. With the archipelago’s ecosystem now protected from industrial fishing that targets the penguin’s prey, scientists hope that this iconic species can recover.

More than half of all fish stocks in the Southwest Atlantic are overfished, meaning that we are taking them out of the water faster than they can reproduce. Globally, over three-quarters of fish stocks are overfished, and the total catch of wild fish has been declining since the mid-1990s. Excessive fishing is thus harming global food security.

To solve this problem requires recognizing that less is more. A 2017 study by the World Bank suggested that reducing fishing efforts by almost half would actually increase the global catch and the economic benefits that it generates. But there is a complementary and more effective way to restore fish populations and preserve marine biodiversity.

Recent research led by the National Geographic Society, published in the scientific journal Nature, found that protecting the right places in the ocean would safeguard unique and irreplaceable marine life currently at risk from human activities, while increasing the supply of seafood. Fish that live longer grow larger and reproduce more. Large females produce a disproportionately greater number of eggs, which, together with the spillover of adult fishes, helps to replenish the surrounding areas. MPAs are thus an urgently needed investment in the ocean’s capacity to regenerate.

But there is more. Our study also found that so-called bottom trawling, or plowing the seafloor with huge, heavy nets to catch fish or shrimp, releases carbon dioxide emissions into the ocean on a scale similar to the atmospheric emissions of aviation. Reducing or eliminating such trawling would return the seafloor to being a carbon store instead of a source of CO2 emissions, thus helping to mitigate climate change.

How much of the ocean we should protect to achieve these multiple benefits depends on how much countries value fishing versus all the other good things that marine life provides. But our study found that, regardless of the preferences of ocean stakeholders, we must protect at least 30% of the global ocean if we are to enjoy the triple win of restored marine life, more seafood, and lower greenhouse-gas emissions.

A growing number of countries have already pledged to conserve 30% of both their land and ocean waters by 2030 to help stave off a massive extinction event forecast by scientists. From penguins and rhinos to honeybees and medicinal plants, we risk losing one million species at an unprecedented rate during this century. This would be like killing off the dinosaurs, only now the asteroid hitting our planet is us.

Governments are making these “30x30” pledges – along with commitments to respect the rights of indigenous peoples and local communities – ahead of the United Nations Biodiversity Conference (COP15) scheduled to take place in Kunming, China, later this year. At the gathering, leaders are expected to agree on a plan to address the looming extinction crisis.

Tristan da Cunha was not alone in creating an MPA in 2020. The Seychelles, a string of islands in the Indian Ocean, established protected zones covering 30% of its waters. But many more countries need to do the same, because only 7% of the world’s ocean is currently under any type of protection.

Expanding protection to at least 30% of the world’s land and ocean, and effectively managing those areas, would require an average annual investment of $140 billionby 2030. That is about one-third of the amount that national governments currently spend on subsidizing nature-destroying activities like mining and oil and gas drilling.

Meeting the 30% goal would also lead to average annual benefits of $250 billion in increased economic output and at least $350 billion in improved ecosystem services compared with the status quo. This means that every $1 invested in protected areas will generate at least $5 – on top of the importance of stopping the current biodiversity crisis.

To reap these gains, we need to move faster than the rate of overfishing in the high seas, and faster than the pace of destruction of the world’s tropical forests. This sprint to embrace and preserve the world’s biodiversity quickly and effectively may as well start in Tristan de Cunha with a penguin that has nowhere else to go.

Enric Sala is Explorer-in-Residence at the National Geographic Society.