While in Shusha, one realizes greatness of Azerbaijani people - President 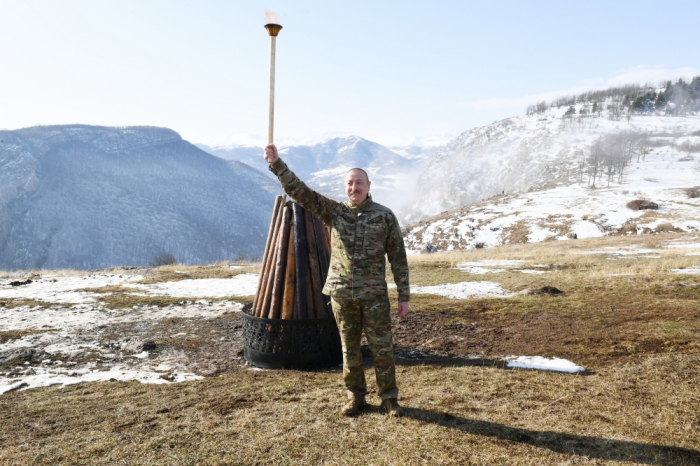 While in Shusha, one realizes the greatness of the Azerbaijani people, President of the Republic of Azerbaijan Ilham Aliyev said as he addressed the nation from Jidir Duzu, Shusha on occasion of Novruz holiday, AzVision.az reports.

“We did not come to terms with the defeat in the first Karabakh war. We did not even give the punishment the hated leaders of the PFPA-Musavat duo deserved for that betrayal and treachery. They do deserve any punishment. We never reconciled with this situation, and I have repeatedly said that the Azerbaijani people would never reconcile with this situation,” the head of state said.

“Focused policies were pursued in the political, economic, military and spiritual spheres, in the direction of educating the young generation. And this young generation grew up and sacrificed their lives for the land. A young generation grew up and took our lands from the enemy at the cost of their lives. Representatives of all generations took part in the war and showed heroism, but everyone should know that the main mission was fulfilled by young people who grew up during my presidency, the young people who were children in 2003. First of all, we are indebted to them, we are indebted to all the people of Azerbaijan. All our people brought this Victory closer, and all the factors came together to determine the outcome of this war,” President Aliyev added.