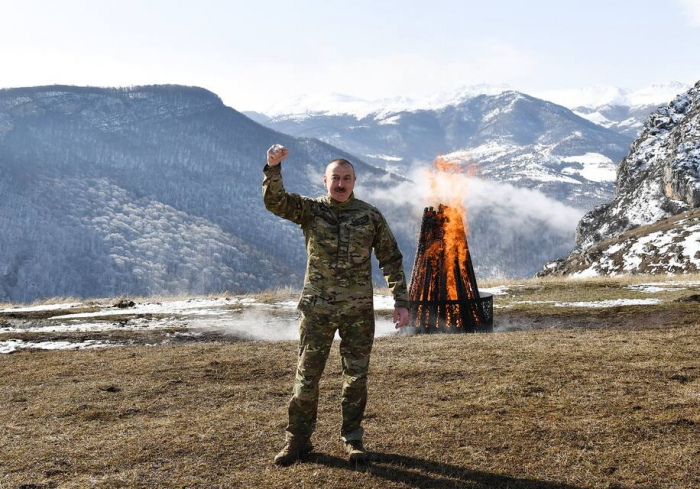 The Washington Post has published an article on Azerbaijani President Ilham Aliyev's visit to Shusha on Nowruz holiday.

Shusha, a center of Azeri culture for centuries, came under Armenian control in 1992 in fighting over the separatist Nagorno-Karabakh region. Its retaking by Azerbaijan’s forces in November was important both symbolically and strategically.

“Today we are celebrating Nowruz in our ancient city Shusha, the cultural capital of Azerbaijan. This is a historic event. This is a great happiness. God heard the prayers of the Azerbaijani people,” Aliyev said.

Azerbaijan regained control of much of Nagorno-Karabakh and Armenian-occupied surrounding territories in last year’s six-week war in which more than 6,000 people died.