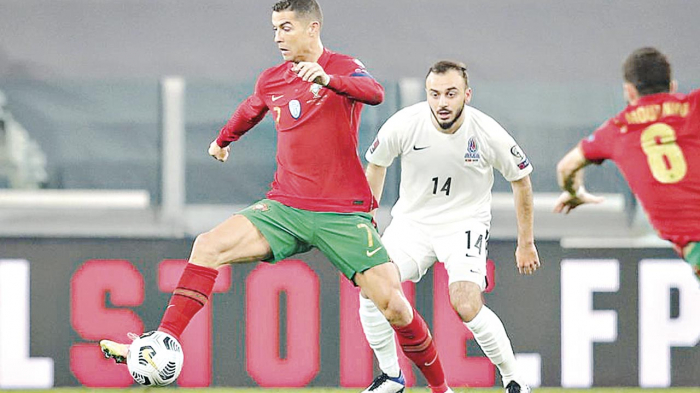 Reigning European champions Portugal made a winning start to their World Cup qualifying campaign as they edged a stubborn Azerbaijan, BBC reported.

Maksim Medvedev's unfortunate own goal proved the difference when a punched clearance by goalkeeper Shahrudin Mahammadaliyev hit the defender and deflected into his own net.

Cristiano Ronaldo failed to score on a frustrating night for him.

The Juventus forward went closest when his overhead kick went over the bar.

He also saw a free-kick deflected wide and a strong shot kept out by Mahammadaliyev as he looked to add to his international tally.

Ronaldo is seven behind all-time leading international scorer Ali Daei, who has 109 goals.