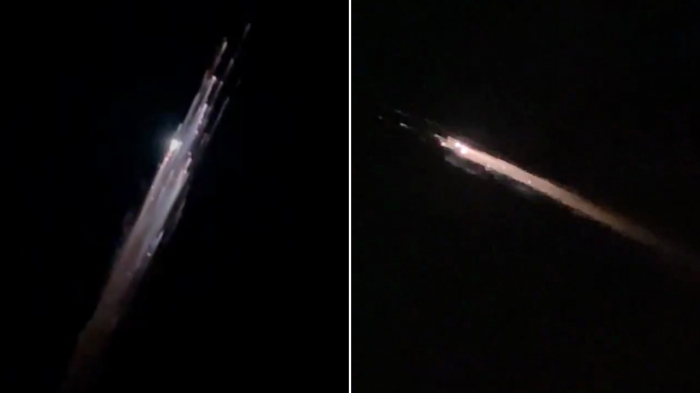 A spectacular display of lights that streamed across the night sky over the US Pacific Northwest was probably debris from a SpaceX mission re-entering the atmosphere, the National Weather Service (NWS) said.

"While we await further confirmation on the details, here's the unofficial information we have so far. The widely reported bright objects in the sky were the debris from a Falcon 9 rocket 2nd stage," NWS Seattle tweeted.

Videos posted on social media showed a thick cluster of glowing dots with blazing trails of light moving slowly across the sky before fizzling out, with users speculating the phenomenon might be a meteor shower or even, jokingly, an alien invasion.

NWS Seattle said the sight was more likely to be caused by space debris rather than a meteor or similar object because the latter would be moving far faster, a conclusion backed up by several meteorologists quoted by local media.

Jonathan McDowell from Harvard's Center for Astrophysics also pointed to the Falcon 9 rocket stage as the source of the firework-like display.

"The Falcon 9 second stage from the Mar 4 Starlink launch failed to make a deorbit burn and is now re-entering after 22 days in orbit," he tweeted, referring to a rocket launched on March 4 to carry 60 Starlink internet relay satellites into orbit.

A deorbit burn is a firing of a spacecraft's thrusters to slow the vehicle and begin its descent, according to NASA's website.

McDowell tweeted that while "we could predict this rocket stage would re-enter today", the speed at which it was traveling meant it was difficult to predict where it would be seen.

There were no immediate reports of damage, with NWS Seattle saying there were no expected impacts on the ground.