Putin won’t let US speak with Russia from the position of force, Kremlin says 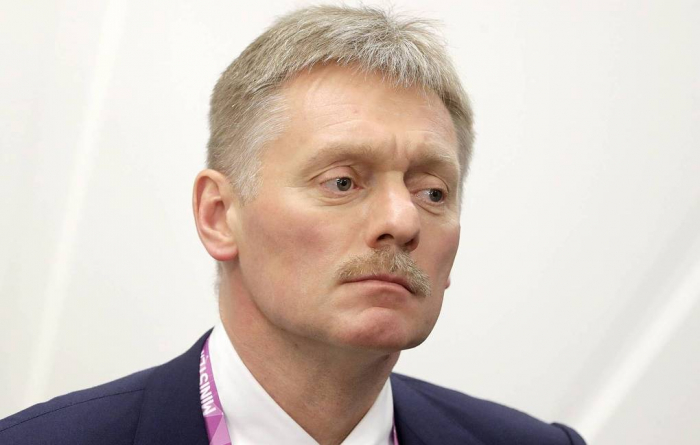 Russia won’t let the US or any other country speak with it "from the position of force," Kremlin Spokesman Dmitry Peskov said in an interview with Argumenty i Fakty newspaper published on Tuesday, AzVision.az reports citing TASS.

"The Americans keep repeating like a mantra: we will speak with everyone from the position of force. Neither [Russian President Vladimir Putin] nor anyone else in the Russian leadership will let the Americans or someone else talk to us like this. This is ruled out," Peskov said.

Speaking on whether it was possible to sever diplomatic ties with Washington, Peskov noted that he did not want to speak about "extreme scenarios."

When commenting on the move to invite Russian Ambassador to Washington Anatoly Antonov to Moscow for consultations, the Kremlin spokesman noted that it was about reviewing Russia-US relations under the new US administration. According to Peskov, there still are issues that Russia and the United States can discuss, including "strategic stability, arms control and efforts to resolve regional conflicts." In particular, in his words, there is a need to discuss the Joint Comprehensive Plan of Action on Iran’s nuclear program "and other global problems."