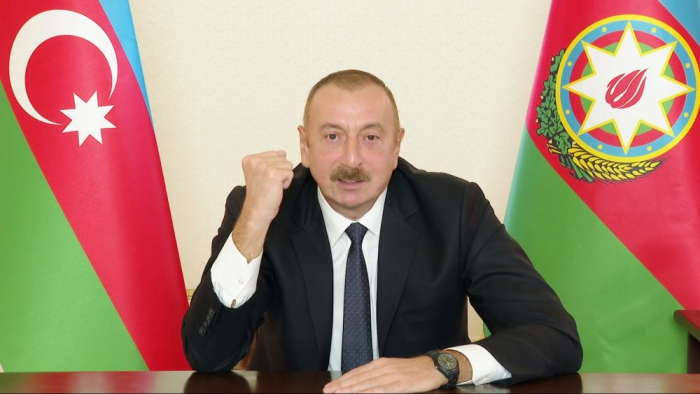 After the disintegration of the Soviet Union in 1991, the Republic of Azerbaijan has progressed by leaps and bounds. It has come a long way from being a newly interdependent country through its inclusive economic goals and friendly foreign policy options. It happened due to the vigilant policies initiated by Former Azerbaijani President His Excellency Haider Aliyev. The visionary leadership continued and improved by his ingenious son and incumbent President His Excellency Ilham Aliyev. In present times, the country stands as a united and developed nation. It has signed multilateral agreements of regional connectivity and socio-economic development with other countries to gain broader international support vis-à-vis its political and military narrative. The incumbent government under President Ilham Aliyev has masterfully outmaneuvered its rivals on all fronts. In this article, important aspects of Azerbaijan’s triumphs’ rise during the past couple of decades are elaborated. Moreover, the success stories of Azerbaijan under the visionary leadership of President Ilham Aliyev are also highlighted.

The brave and patriotic Azerbaijani people never forgot the illegal Armenian occupation of the Nagorno-Karabakh region during the first Nagorno-Karabakh war. It ended after a cease-fire agreement in 1994. To avenge those losses, the Azerbaijani people increased their preparations during the last decade and left no stone unturned in getting ready to teach a memorable lesson to the arrogant Armenian people. The hostilities between both countries culminated when the Azerbaijani government under the leadership of President Ilham Aliyev. He decided to push away the tyrannical Armenian army from their rightful land and achieved a landmark victory. The act had forced the over-confident Armenian government to give up all of its illegal possession in the region under an agreement signed on 10th November 2020. In the aftermath of this agreement, the world started to notice and appreciate the valor and prowess of Azerbaijani citizens who have not hesitated to sacrifice their lives for a noble and just cause. In this regard, the news of the U.S. army's eagerness to study and understand Azerbaijan's excellent use of drone warfare during this conflict is an apt example. This victory also effectively defies the absurd statements from the international media about the unrest and miserable political atmosphere in Azerbaijan as such outstanding victory cannot be achieved without complete unity.

While discussing Azerbaijan's successful military campaign against Armenia, one must not forget the diplomatic efforts conducted by President Ilham Aliyev to portray to the world vis-à-vis Azerbaijan's Nagorno-Karabakh’s stance. Due to the vigilant activities by Azerbaijan's officials during the past couple of decades, the world was convinced that Azerbaijan has every right to reclaim the conflicted lands. It has also been witnessed in the recent Nagorno-Karabagh conflict.

Azerbaijan’s visionary leadership made sure that its rightful stance is duly propagated and disseminated throughout the world. For example, whether it was the platform of the Organization of Security and Co-operation in Europe (OSCE) Minsk Group made for the amicable resolution of the Nagorno-Karabakh conflict in 1992, other bilateral or multilateral platforms vis-à-vis this conflict. Consequently, important international platforms like the United Nations Organization (UNO), the Organization of Islamic Cooperation (OIC), and many conscientious countries worldwide have accepted Armenia's atrocious role in this conflict. Moreover, it was demanded evacuation from the Nagorno-Karabakh region until the start of the second Nagorno-Karabakh war.

Under the guidance of President Ilham Aliyev, Azerbaijan has always kept its key allies like Pakistan and Turkey close to their heart. In recent times, they have reached new heights of international, military, academic and socio-economic cooperation. Furthermore, more dynamics of regional cooperation have been enhanced and are expected to strengthen further in the near future. The country has also fostered active engagement and cooperation with significant regional and global organizations.

Azerbaijan’s Growing Influence in the Region:

Under President Ilham Aliyev's dynamic leadership, Azerbaijan has continued its effective policies of developing strong regional political and economic partnerships. In this aspect, certain factors are important to highlight that has led to the exponential increase in forming regional alliances for the greater good of the whole region. For instance, Azerbaijan's geopolitical and strategic location, unified stance over the Nagorno-Karabagh region, effective structural and international policy reforms. Instead of throwing caution to the wind and blindly joining alliances of major world powers, Azerbaijan’s foreign policy objectives of restraining itself from joining joint military alliances of the superpowers and keeping its neutrality intact have remained commendable. Moreover, its inclusive economic initiative, peacekeeping missions, and education programs in Iraq and Afghanistan have been appreciated, worldwide.

Azerbaijan is a country that has been bestowed with abundant natural resources. Its oil and gas production facilities have bought huge sustenance to its economic structure over the past decades. Its 1994 “contract of the century” agreement with multiple global oil companies has significantly boosted its Gross Domestic Product (DGP). Moreover, these resources have also provided the necessary impetus for its economic uplift during President Ilham Aliyev's tenure, which continues to this day. Consequently, its exports have steadily increased across the globe.

Furthermore, the structural reforms of the early 1990s related to price liberalization, privatization reforms, fiscal reforms, and agricultural reforms have also substantially modernized Azerbaijan's economy during the past three decades. Due to the worldwide downfall in oil-gas prices and the rampant spread of the Covid-19 pandemic, the world’s economies have suffered drastically. In this regard, Azerbaijan's economy has faced a minor setback. However, the minor setback is covered and substituted with positive economic indicators and efficient policies, and visionary leadership.

Presently, the significant increase in the efficacy of Azerbaijan’s tourism industry for economic growth and soft image building cannot be denied in the modern age. With the fluctuating oil and gas prices in the international market, the incumbent government has focused on developing and expanding its tourism industry to recover from any economic repercussions.
As a result of the consequent prudent steps, tourism in Azerbaijan has increased exponentially in recent years. In the year 2019, the success of the tourism industry in the country reached a new height. 3,170,400 foreigners from 193 countries visited Azerbaijan during this year. These numbers were 11.3% more than in 2018 which is a testament to the country’s tourism industry’s success. The main activities that attracted the visits from countries around the world were leisure, serenity business, exploring cultural-religious sites and to some extent seek better medical assistance.

The 21st century C.E has given a plethora of development and growth opportunities to the world and the people of Azerbaijan as well. Since 2003, President Ilham Aliyev has tried his best to facilitate and uplift his country’s socio-economic and political development. For achieving this goal, he has used all his intellect and understanding of the region's economic and political affairs to become a desired leader in his country. He has also outplayed and outlasted his regional opponents in search of Azerbaijan’s stability. Under such circumstances, it is needless to say that Azerbaijan’s future is prosperous. In this context, it is also expected that this generation of Azerbaijani people will be witnessed and add to become a more stable nation. Moreover, the country will continue to play a substantial role in regional economic prosperity, enhancing people-to-people connectivity and increasing peace and stability in the wider region under President Ilham Aliyev’s visionary leadership.