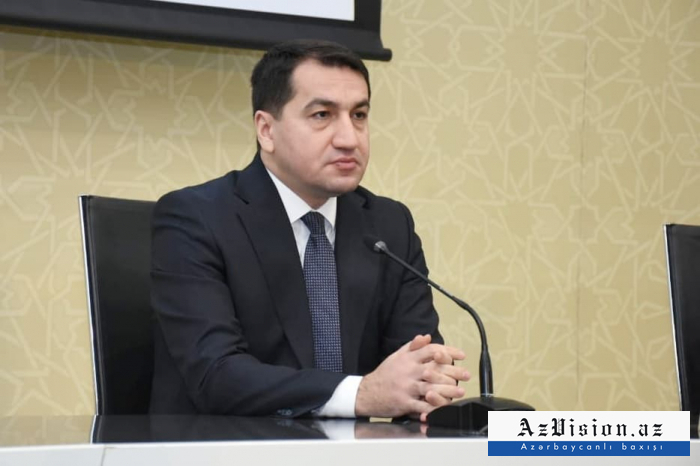 Mines planted by Armenia during the occupation of Azerbaijani lands pose threat both to Azerbaijani military and civilians, said Hikmet Hajiyev, Assistant to the Azerbaijani President, Head of Foreign Policy Affairs Department of the President Administration.

He made the remarks at an event dedicated to April 4 – the International Day for Mine Awareness and Assistance in Mine Action, AzVision.az reports.

The presidential aide noted that Armenia purposefully planted mines against the peaceful Azerbaijani population. “This is an example of Armenia’s war crimes and contradicts this country’s international obligations.”

“The Armenian side does not provide Azerbaijan with a map of minefields. The rights of the Azerbaijani civilian population are grossly violated. This is also a continuation of the policy of ethnic cleansing and genocide against the Azerbaijani population,” Hajiyev added.