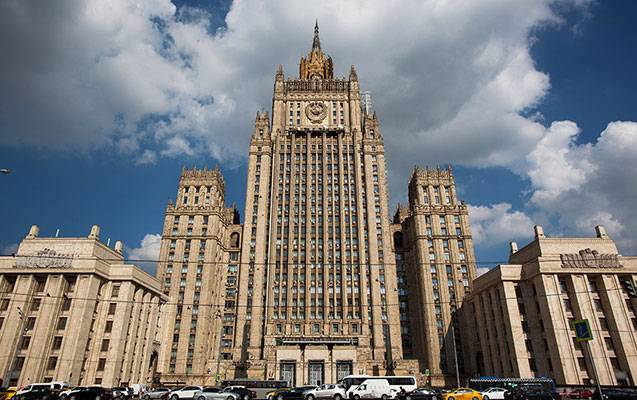 Russian-Azerbaijani cooperation is progressively developing in all directions, said a statement by Russia’s Foreign Ministry on the occasion of the 29th anniversary of diplomatic relations between the two countries, AzVision.az reports.

Moscow said Azerbaijan is an important strategic partner of Russia, which is confirmed by the statistics of bilateral contacts at the highest and high political levels.

“Over the past period, Russian President Vladimir Putin and Azerbaijani President Ilham Aliyev held more than 100 talks in various formats. Active work is underway along the government line, at the level of parliaments, relevant ministries and departments, which contributes to the strengthening of stability and security in the South Caucasus and the Caspian region,” said the statement.

“Today, relations between Russia and Azerbaijan are developing very successfully. This applies primarily to the economic component. We have a lot of areas of joint work and many overlapping interests,” the Russian ministry cited President Putin as saying.

The statement also praised the close cooperation between Russia and Azerbaijan in the fight against the COVID-19 pandemic, which is based on the principles of good neighborliness, mutual assistance and equality.

“The ministers of health of our countries, heads of other specialized bodies are in constant contact. The Azerbaijani side was provided with 120 test systems for 12,000 studies to diagnose coronavirus infection. In the summer of 2020, teams of specialists from leading Russian medical centers were sent to help Azerbaijani doctors. At the suggestion of the Azerbaijani side, the Russian pharmaceutical company "R-Pharm" joined the organization of the joint production of the vaccine. The Russian Direct Investment Fund is working on the issue of supplying a batch of Sputnik V vaccine to Azerbaijan,” said the statement.

According to the statement, foreign ministers of two countries have regular relations. Three telephone conversations have been held between Azerbaijani and Russian FMs this year. As of the beginning of 2021, more than 150 international legal acts have been signed between the countries. In this regard, the main bilateral documents are the Treaty of friendship, cooperation and mutual safety between the Russian Federation and the Azerbaijan Republic of July 3, 1997 and the Declaration on Friendship and Strategic Partnership between Russia and Azerbaijan signed on July 3, 2008.

"Azerbaijan is an important trade partner of Russia among the CIS countries which are not members of the Eurasian Economic Union. The Action Plan for the development of key areas of Russian-Azerbaijani cooperation until 2024, which includes five roadmaps forms the basis of our trade and economic cooperation. These include issues such as the elimination of major obstacles in trade, the development of transport infrastructure, the creation of joint science-based industries, the use of Russian technology to increase the efficiency of the Azerbaijani economy and increasing mutual tourism exchange. In November 2020, the sixth roadmap on cooperation in the field of innovative development and digital economy was signed,” the statement also reads.

The Foreign Ministry of Russia also highlights the cooperation in the cultural, humanitarian and educational spheres, which it considers one of the priorities for the development of bilateral relations. The statement made by the Russian Foreign Ministry reads: “Education in Russian is available in secondary and higher schools of Azerbaijan. A branch of the Moscow State University named after M.V Lomonosov has been operating in Baku since 2010, and a branch of I.M. Sechenov First Moscow State Medical University since 2015. Work is underway with Azerbaijani partners to establish cooperation with other Russian universities, particularly MGIMO (Moscow State Institute of International Relations).