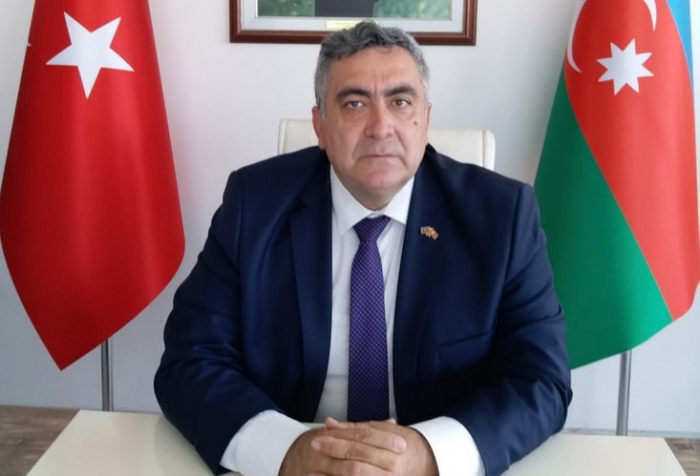 Armenia’s refusal to provide mine maps is a military crime, former Military Attache of the Turkish embassy in Azerbaijan, General Yucel Karauz said in his exclusive statement to AzVision.az.

He said Armenia, which has occupied Azerbaijani territories since the 1990s has inflicted unprecedented destruction on those lands for 30 years and killed civilians as a result of missile attacks on peaceful settlements during the Great Patriotic War. Non-provision of mine maps by Armenia is a continuation of its terrorist activity. It aims to kill more people and obstruct the reconstruction of the liberated lands.

Yucel Karauz also stated, the war has its own regulations and no one can go beyond the law during the war.

"With such actions, Armenia opposes the 1949 Geneva Convention, as well as the Ottawa Convention on the Prohibition of the Use, Stockpiling, Production and Transfer of Anti-Personnel Mines. Under the convention, states must neutralize all anti-personnel mines within 10 years. Armenia’s actions are war crimes."

“The Azerbaijani state must raise this issue with the OSCE, the UN, the Council of Europe and other international organizations. They must put pressure on Armenia. As far as we know, the Azerbaijani, Armenian and Russian leaders signed an agreement on a ceasefire on November 10, 2020. Mines planted by the Armenian military in the previously occupied Azerbaijani territories have claimed the lives of several Azerbaijani servicemen and civilians so far. Armenia keeps ignoring to share the map of mined territories with Azerbaijan. Azerbaijan has the right to appeal to the international court regarding Armenia’s war crimes," the General said.