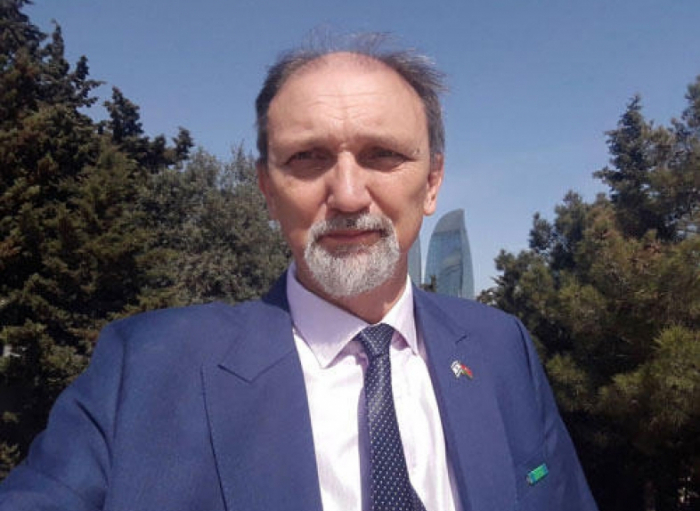 Armenia will fulfill its responsibilities if it faces serious pressure for not providing Azerbaijan with the maps of the mined areas in the liberated territories, said Israeli political scientist Yuri Bocharov, AzVision.az reports.

Yuri Bocharov noted that Azerbaijan liberated the occupied territories, which were under the Armenian occupation for about 30 years, by military means. Bocharov also commented on the peace talks held between the sides which did not yield any outcomes.

"Azerbaijan must continue to solve other problems with Armenia by means of 'force'. However, this force does not have to be military but can be economic or poltiical. If Armenia faces serious pressure it will be more likely to obey its obligations", Bocharov highlighted.

The political scientist also expressed his concern over the lack of interest of other countries' politicians in the Caucasus region.