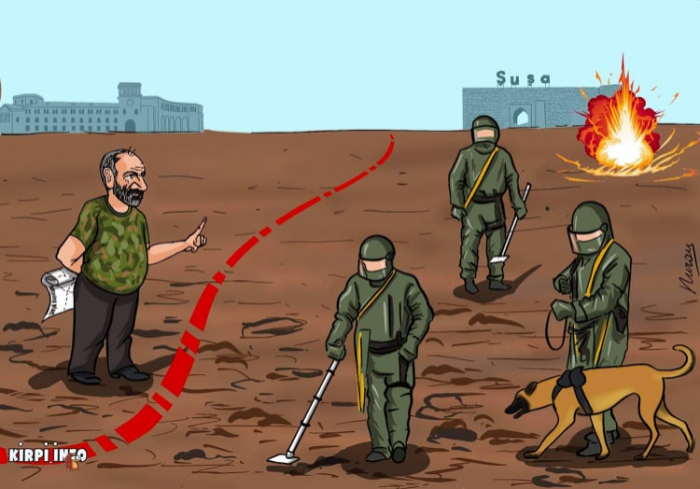 Following the 44-day Second Karabakh War from late Sept. to early Nov. 2020, Azerbaijan has put an end to the 30-year Armenian occupation of its lands.

Despite the end of the war, the threat has not passed. The Azerbaijani Armed Forces destroyed the ground arsenal of the Armed Forces of Armenia, but the mines planted by Armenia in the Azerbaijani lands liberated from Armenian occupation continue to kill people.

Violating international laws, Armenia refuses to provide Azerbaijan with maps of minefields and poses a direct threat to to people's lives on a daily basis.