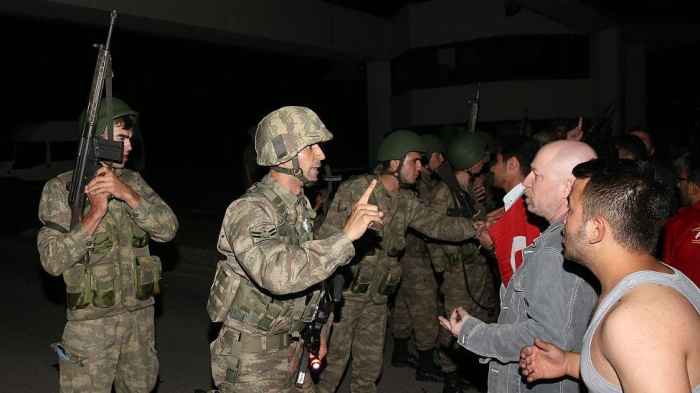 Former top-ranking officers in the Turkish army have been jailed for life in a mass trial of 497 defendants accused over the failed July 2016 coup.

Among those convicted were two men who stormed the public broadcaster to have the coup declared on live TV.

Tens of thousands of people have been held since the failed coup, which killed 251 civilians.

Mr Gulen, once an ally of the president, denied involvement.

A total of 289 trials have taken place since, according to Anadolu news agency. The trial coming to an end on Wednesday dates back to October 2017 and is described as the final case in the capital, Ankara. Most of those accused were members of Turkey's presidential guard regiment.

Ever since the failed coup, Mr Erdogan has targeted Gulen supporters, with many Turks losing their jobs in the public sector as well as in the military on suspicion of support for the movement.