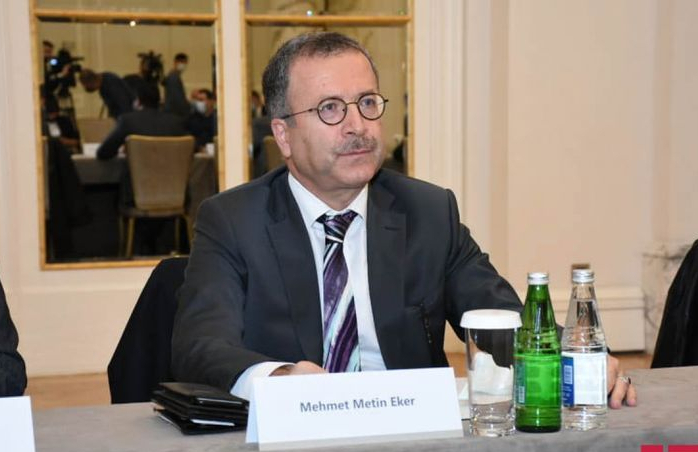 The liberation of Azerbaijan’s Karabakh region from the Armenian occupation is a victory of the Islamic world, said Turkey’s Permanent Representative to the Organization of Islamic Cooperation (OIC) Mehmet Metin Eker, AzVision.az reports.

Permanent representatives of the OIC Contact Group on the Armenian aggression against Azerbaijan on Thursday held a press conference dedicated to the outcomes of their trip to the liberated Azerbaijani lands.

The Turkish diplomat stressed that ensuring the security of Karabakh, the ongoing reconstruction work there and the return of former IDPs to their homes should be a common task of the Azerbaijani state and the entire Islamic world.

“We have a lot work to do to this end. We are confident that the Azerbaijani government will successfully cope with these tasks. The OIC will stand by the people and government of Azerbaijan in this issue,” he added.