Armenia’s mine provocation highlighted at UN 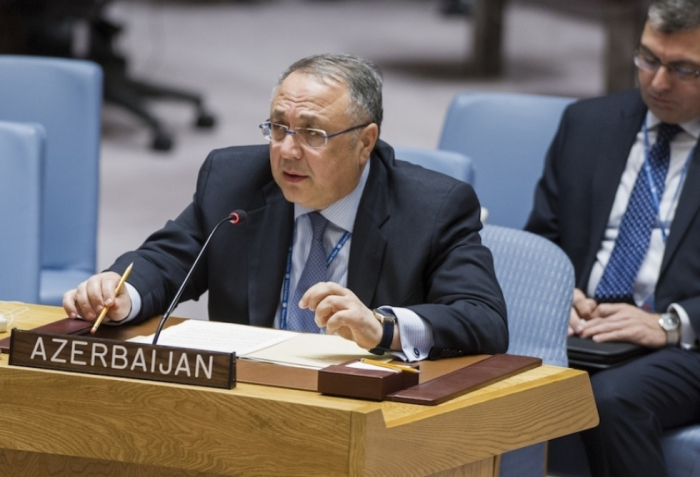 Azerbaijan’s Permanent Representative to the UN Yashar Aliyev delivered a report on the situation in the country at the open debates, AzVision.az reports.

The diplomat noted that mines and improvised explosive devices continue to affect the daily life of many countries in a state of conflict and post-conflict, thereby creating a fatal danger to the civilian population, military personnel, peacekeeping and humanitarian personnel.

Aliyev hailed UN’s support for Azerbaijan in strengthening its mine action capacity.

He noted that Armenia, in violation of international law, still refuses to provide information about minefields in the liberated Azerbaijani territories.

“By taking such an action, Armenia deliberately endangers the lives of people and tries to impede rehabilitation, reconstructon and humanitarian efforts in the liberated Azerbaijani lands, as well as the safe return of Azerbaijani IDPs to their homes,” he said.

The diplomat stressed that Armenia’s refusal to share information about minefields constitutes a clear violation of international law and demonstrates Yerevan’s unwillingness to fulfill its international obligations and give up its policy of confrontation.