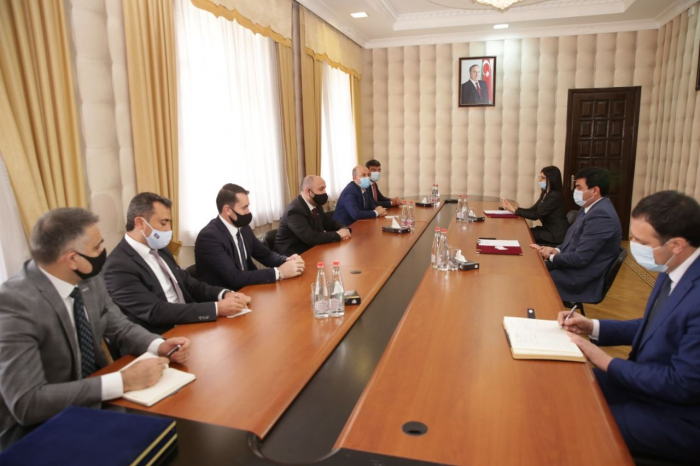 During the trip, the members of the delegation met with head of the Khachmaz district executive power Elnur Rzayev and Azerbaijani MP from the Khachmaz rural constituency #56 Sevil Mikayilova.

Rzayev informed the guests about the potential opportunities of the Khachmaz district and its socio-economic success.

There is great interest in horticulture in the district with great potential for agricultural and tourism development. The area of intensive gardens has recently increased.

The guests were informed that Khachmaz district has a coastal strip stretching 70 kilometers, which stipulates favorable opportunities for the development of tourism in coastal areas.

The members of the MUSIAD delegation expressed interest in the information about Khachmaz and mutual cooperation with local businessmen in various fields.

Mikayilova pointed to the importance of establishing relations between businessmen and stressed that this union is important for Turkey and Azerbaijan in accordance with the idea of "Two states, one nation".

The Turkish guests presented a symbolic gift to Rzayev at the end of the meeting.