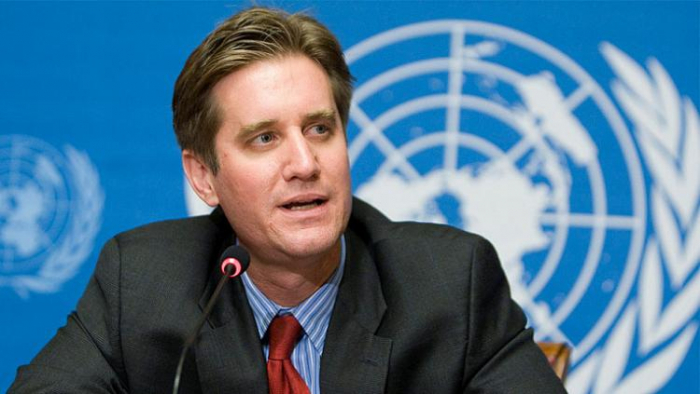 The scale of destruction in Azerbaijan’s Aghdam district is shocking, Matthew Bryza, former U.S. ambassador to Azerbaijan and former OSCE Minsk Group co-chair, said during a trip to the district on Monday, AzVision.az reports.

“This is my second visit to Aghdam. I first came here in 2007. The scale of destruction here is shocking,” he said.

The former diplomat stressed that the statement of 10 November 2020 [on ceasefire and cessation of hostilities in Karabakh] opens up great opportunities for stability.

“I hope that as part of the rehabilitation and reconstruction process, a beautiful city like Aghdam will be restored, and life will return here,” he added.

As for benefits Azerbaijan gained after a victory in a recent war, Bryza said the main issue is ensuring regional security.

The former diplomat noted that the opening of the Zangazur corridor will contribute to the development of economic ties.

“From a political point of view, the victory in Karabakh has demonstrated the strength of the Azerbaijani Army. At the same time, Baku remains committed to peace and contributes to the coexistence of Azerbaijanis and Armenians,” Bryza added.