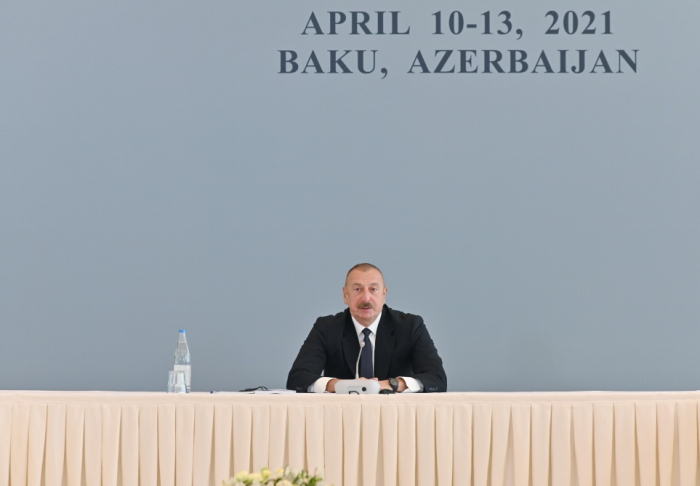 I do not hide anything from my people, as I think that the Azerbaijani people should know everything. We discussed the issue of the Iskander-M missile with Russian President Vladimir Putin. Upon my instructions, the Azerbaijani Defence Ministry addressed an official letter with photos and evidence. However, so far we have not received any answer.

Azerbaijani President Ilham Aliyev made the remarks during his speech at the ‘A New Look at the South Caucasus: Post-Conflict Development and Cooperation’ conference at ADA University in Baku on April 13, 2021, Defence.az reports.