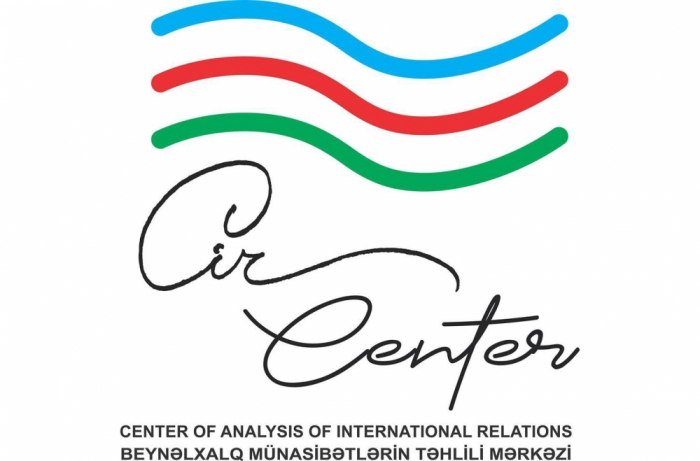 Modern Diplomacy website has published an article by Board Member of the Center of Analysis of International Relations (AIR Center) Esmira Jafarova headlined “Peace, Problems and Perspectives in the Post-war South Caucasus”.

The article reads: “The Second Karabakh War ended with the signing of the trilateral declaration between Armenia, Azerbaijan, and Russia on November 10, 2020. The declaration, which stopped the war and laid the foundation for solving other thorny issues between Armenia and Azerbaijan, including the liberation of the remaining territories under occupation (Aghdam, Kalbajar, Lachin) as well as the unblocking of all economic and transport communications in the region, may have heralded the dawning of a different period in the history of a long war-ravaged region of the South Caucasus. This is evidenced by the announcement of new cooperation initiatives such as the “six-party cooperation platform” and the establishment of the “Zangazur corridor,” which aims not only to link Armenia and Azerbaijan, but also to play a wider role in enhancing the region’s standing by providing interconnectivity across diverse geographic and geopolitical zones. This process has already involved Russia and Turkey and will potentially facilitate links between Central Asia and Europe. There is much going on in the region in this regard and talks about the probability of building a Pax Caucasia in the South Caucasus are more than mere hype.

There have already been reports and testimonies about Azerbaijan’s intention to move on, post-Second Karabakh War, and adopt a maximally cooperative and magnanimous approach towards Armenia following the latter’s defeat in the war. This was apparent in the many concessions made by Azerbaijan in the post-war period, such as providing a ten-day extension (from November 15 to November 25, 2020) of the deadline for the Armenian Armed Forces and the Armenian population that had settled in Kalbajar during the occupation to leave the region, and the return to Armenia of 69 Armenian nationals detained in Azerbaijan and 1400 bodies. Moreover, as a gesture of good will, Azerbaijan helped with the transfer of humanitarian aid to Armenian residents in Karabakh; facilitated the transfer of goods through Azerbaijan’s main territory; allowed Armenian citizens to continue using the parts of the Gorus–Kafan highway that pass through the newly liberated Azerbaijani territories; and last, but definitely not least, for the first time in three decades the transportation of Russian natural gas to Armenia through Azerbaijan became a reality.

However, this cautious optimism about the nascent prospects of peace and cooperation in the region is facing a number of challenges. These include Armenia’s flouting of Article 4 of the November 10, 2020 declaration that demanded the withdrawal of all remaining armed groups from Azerbaijani territories; purposeful misrepresentation by Armenia of militia members captured by Azerbaijan as a result of counter-terrorist operations since November 10 as prisoners of war (PoW) and resultant attempts to exert pressure on Azerbaijan; and the newly intensified debate on who might have launched Iskandar M missiles against the Azerbaijani city of Shusha during the 44-day war. The latter issue in particular seems to boggle the mind after the Azerbaijani National Agency for Mine Action (ANAMA) recently discovered the remnants of an Iskandar M ballistic missile in Shusha. According to the Missile Technology Control Regime (MTCR), the export version of this missile is the Iskandar E, which the Russian Federation exported only to Armenia. The Iskandar M, the remnants of one of which were discovered in Shusha, is in the sole possession of the Russian Federation. The story behind this discovery definitely has a dark side that needs to be clarified, as the absence of plausible answers may generate dangerous speculation. Either way, this issue, along with the others discussed above, is also inhibiting a seamless transition to the post-conflict rehabilitation period.

In addition to the above, the danger posed by the landmines planted in the previously occupied Azerbaijani territories is very acute. According to some estimates, Armenia spent$350 million on planting landmines in and around the Nagorno-Karabakh region. ANAMA is currently undertaking operations towards clearing the areas contaminated with landmines and unexploded ordnance (UXO) and initial estimates suggest that the neutralization of UXO, missiles, and the remaining ammunition in the combat areas could require 5–6 years, while it might take some10–13 years before the mined areas are completely cleared. Although Azerbaijan is also receiving help from its friends, partners, and international organizations, including Turkey, Russia, and the United Nations, in the form of staff training, delivery of mine-clearing equipment, and financial assistance, this is obviously not yet sufficient for tackling this very difficult and precarious work.

The issue is further exacerbated by the fact that, in response to all the gestures of goodwill by Azerbaijan aimed at turning the page on hostility and embarking on building a cooperative relationship with Armenia, the latter still refuses to give Azerbaijan maps of the landmines planted in its formerly occupied territories. Worse still, as noted by the Assistant to the President of the Republic of Azerbaijan – Head of the Department of Foreign Policy Affairs of the Presidential Administration at the briefing held for the diplomatic corps on the occasion of the “International Day for Mine Awareness and Assistance in Mine Action” (April 5, 2021),on the one occasion when Azerbaijan was able to obtain maps of purported mined areas from Armenia, these maps turned out to contain false information, as ANAMA was unable to find anything based on the coordinates therein. “This could mean that Armenia purposefully misled Azerbaijan,” Mr. Hajiyev noted. Apparently, there is still no progress whatsoever in terms of persuading Armenia to cooperate on the issue of landmines. However, this is hugely important, as refusal to collaborate on such a crucial issue may diminish the already meagre prospects for achieving lasting peace and cooperation between the erstwhile enemies in the wake of Azerbaijan’s one-sided concessions to Armenia.

International conventions prohibit anti-personnel landmines (APL), the most dangerous form used against civilians. Every year, reputable organizations in the field, such as the International Campaign to Ban Landmines (ICBL),report thousands of people dying or being injured owing to landmines. Post-Second Karabakh war, Azerbaijan has already reported the deaths of dozens of its citizens as well as military servicemen, including Russian peacekeepers, who have died or been maimed as result of anti-personnel landmine explosions. If the correct maps of the mined areas are not given to the Azerbaijani side in due time, the numbers of casualties will increase, adding to the already daunting global statistics of human deaths due to landmines. It is hoped that Armenia will not realize too late that civilians should not be at the receiving end of the regime’s frustration and resentfulness over the war that was lost.

Thus, there are clearly visible challenges of the post-conflict period that need to be overcome. The complexity of the outstanding issues demands transparency, cooperation, and mutual compromise if there is a genuine wish to move away from the horrors of the past. This should be undertaken by all the stakeholders that signed the November 10, 2020, agreements that ended the Second Karabakh War, because unilateral efforts may likely be insufficient to ultimately break the vicious cycle of hostility and war.”