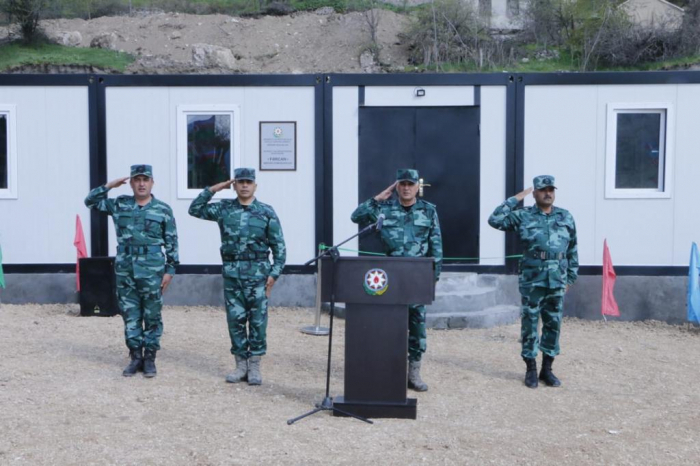 Deputy chief of the service, Lieutenant-General Ilham Mehdiyev made a speech at the event, dedicated to the opening of the military unit.

Mehdiyev conveyed the congratulations of Head of the State Border Service, Colonel-General Elchin Guliyev to the personnel on the occasion of the beginning of the activity of the new military unit.

At the end of the event, a ceremony was held to award a group of servicemen who distinguished themselves in the military service.