China’s economy bounces back from pandemic with record 18.3% growth 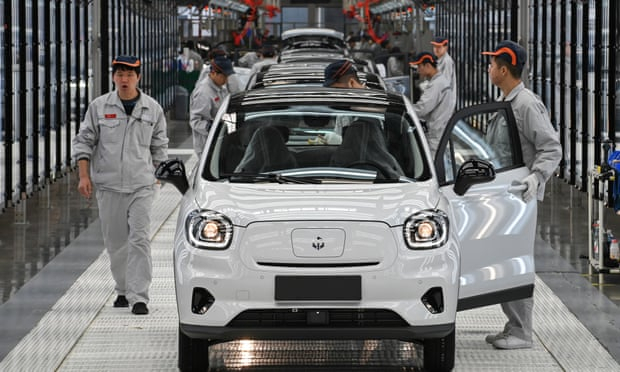 China’s economy has expanded at its fastest pace on record in the first quarter, in a sharp turnaround from its historic contraction caused by the coronavirus outbreak.

The world’s second largest economy grew by 18.3% between January and March buoyed up by spectacular expansion in sectors such as industrial output and retail.

China’s was the only major economy to grow at all in 2020, supported by industrial activity and better-than-expected exports as the virus hit markets around the world.

While the disease first emerged in central China in late 2019, the country was also the quickest to bounce back after authorities imposed strict control measures and consumers stayed home.

Although the GDP figure was slightly below the forecasts of some economists, it still marked the fastest pace since records began three decades ago.

The sharp spike was partly due to “incomparable factors such as the low base figure of last year and increase of working days due to staff staying put during the lunar new year” holiday, said Liu.

But she added that quarter-on-quarter growth has “demonstrated a steady recovery”.

In March, the urban unemployment rate ticked down slightly to 5.3%, a figure analysts are watching closely with China’s consumption rebound behind that of its industrial sectors.

He added that when the low base of comparison for on-year growth was removed – given how widespread the virus was in the same period – underlying GDP growth was likely to be below pre-pandemic levels of 6%.