NASA to attempt historic flight on Mars with Ingenuity helicopter 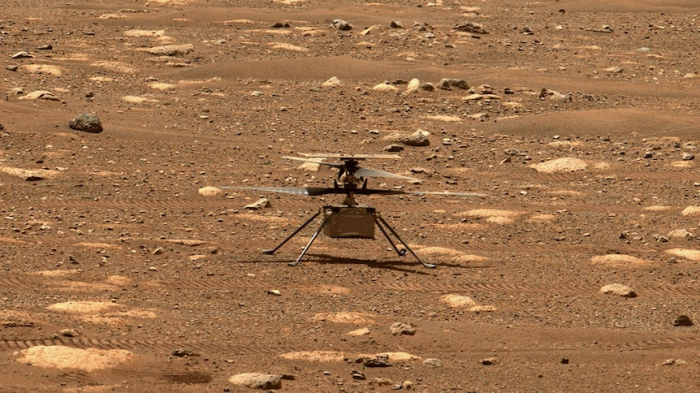 NASA is set to attempt the first motorised flight on another planet on Monday, with a test flight of a small helicopter on Mars, AzVision.az reports citing Euronews.

The Ingenuity helicopter, which landed on the Red Planet along with the Perseverance Rover on 18 February, is expected to fly for just 40 seconds for this first test flight.

An earlier date was planned for the first flight, but it was delayed due to a technical problem during the testing of its rotors.

The team behind the mission to conduct the first mechanical flight on another planet face a number of challenges - the biggest of which is how to get the helicopter off the ground in the Martian environment.

"The first and foremost challenge is to make a vehicle that's light enough to be lifted, and then second is to generate lift, the rotors, the rotor system has to spin very fast," says MiMi Aung, Ingenuity Mars Helicopter Project Manager at NASA's Jet Propulsion Laboratory

The attempt will mark a "Wright brothers' moment," the first powered, controlled flight on another planet.

"When the Wright brothers flew for the first time, they didn't fly a fully-equipped passenger airplane, they flew an experimental aircraft to show that it's possible to do powered flights," says Ingenuity chief pilot Havard Grip.

NASA has said the Mars helicopter holds a piece of the Wright brothers' first airplane, a small swatch of fabric from the 1903 Wright Flyer.

The team had to make some adjustments to ready the helicopter, including installing a software update from millions of miles away.

“Our team considers Monday’s attempted first flight like a rocket launch: We’re doing everything we can to make it a success, but we also know that we may have to scrub and try again,” warned Aung.

The space agency is hosting a live stream as the data comes in from the test just after midday CEST on Monday.

The 1.8kg helicopter will attempt to rise 3 metres into the air on its first flight, followed by up to five increasingly higher and longer flights over the course of a month.