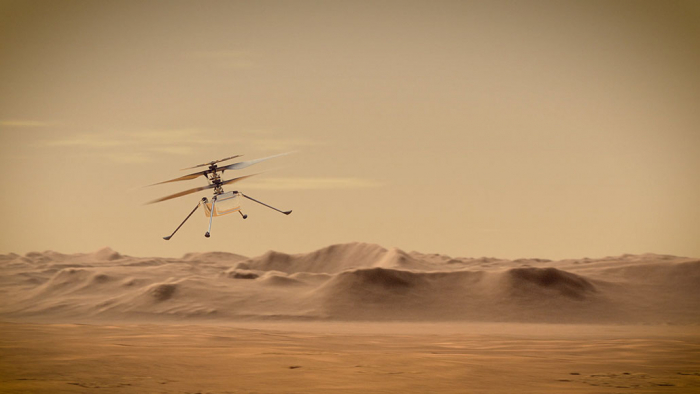 On 19 April 2021, NASA reached a historic milestone - the first-ever controlled flight of a craft in the atmosphere of another planet.

The proof-of-concept flight was performed by the little helicopter called Ingenuity, which hitched a ride to the red planet with the Perseverance rover, landing earlier this year.

"We must take a moment to celebrate this," an ecstatic Ingenuity project manager MiMi Aung congratulated everyone on the team after they received and parsed the initial data, confirming the successful test flight. A deeper analysis of this historic flight is to come during a NASA broadcast at 2 pm EDT, when we will learn more about the altitude, length of the flight, and other details.