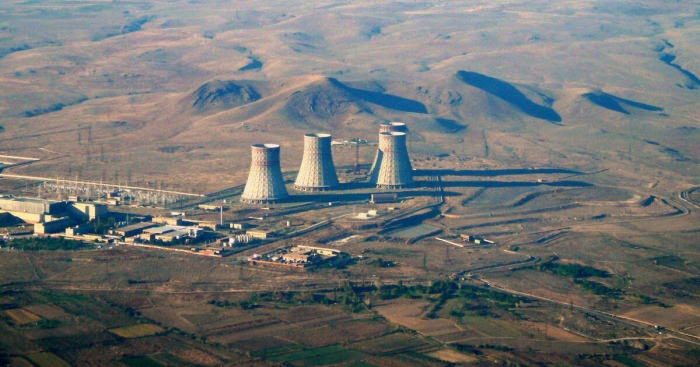 Atomic physics is one of the scientific achievements of the last hundred years. However, this field has also created tragedies for mankind. The humanity has not forgotten the tragedies of the atomic bomb dropped on the Japanese cities of Hiroshima and Nagasaki in August 1945, and the accident at the Chernobyl Nuclear Power Plant in Ukraine 41 years later. It should be noted that on April 26, 1986, an accident occurred at the nuclear reactor No. 4 of the Chernobyl Nuclear Power Plant near the city of Pripyat in northern Ukraine. The exact number of dead, injured, and irradiated as a result of this tragedy is still unknown. However, there are reportedly hundreds of them. The painful consequences of this disaster remain. The area of the station is isolated. 35 years have passed since this tragedy, but the traces have not been erased yet. The Chernobyl accident is considered to be the most tragic nuclear power plant accident in history for material and moral damage and loss of life. Atomic Energy is the 7th major accident on the International Nuclear Incident Scale. Another accident is the 2011 disaster at the Fukushima nuclear power plant in Japan.

The Kashiwazaki-Kariwa Nuclear Power Plant has recently been shut down in Japan. The relevant decision was made by the Atomic Energy Commission of Japan. According to the report, some security violations were revealed at the station. Thus, the nuclear power plant was not sufficiently protected from possible terrorist attacks. The station is owned by Tokyo Electric Power. It loads nuclear fuel into the reactors at the plant. It was noted that this is the first measure taken in the history of Japan. Kasivadzaki-Kariva is the most powerful nuclear power plant in the country.

Iran is one of the countries having nuclear technologies in the region where Azerbaijan is located. The nuclear power plants in this country are not yet of great importance to the country's economy. Tehran officials have recently made concerning statements about uranium enrichment. Recently, Iranian President Hassan Rouhani said that they enriched uranium to 60 percent. Two accidents occurred at Iran's Natanz nuclear facility in the past nine months. One of them was in July 2020, and the other in April 2021. Tehran officials said there were no casualties or radioactive leaks in either accident. However, the head of Iran's Atomic Energy Organization, Ali Akbar Salehi, called the incident a "manifestation of nuclear terrorism."

So high technology and engineering work are not enough for the construction and operation of nuclear power plants. The terrorist attacks that took place in the world over the past 30 years have also made it one of the main factors that its security should be ensured. The Chernobyl tragedy proved that the country's nuclear power plant is an open-air atomic bomb. At that time, it was also used as a means of pressure on the former USSR. At that time, it was revealed that there were many issues in this area that were hidden from the Soviet citizens. It is believed that one of the reasons for the collapse of the USSR was the Chernobyl disaster. Because this accident caused great loss of life and material damage to the former Soviet republics.

In recent days, statements have been made about the construction of a new nuclear power plant in Armenia. The issue was also discussed with Russian officials during Prime Minister Nikol Pashinyan’s recent visit to Moscow. However, Armenian experts are analyzing its financial issues rather than technological and other specifications. According to them, the construction of this station will require USD 5-7 billion. Along with this, the Metsamor Nuclear Power Plant in Armenia is a source of threat to the countries of the region. In 2014, Russia and Armenia signed an intergovernmental agreement to extend the service life of the nuclear power plant until 2026. In February 2015, an agreement was reached on the allocation of USD 270 million in state loans and USD 30 million. of the US dollar. It was noted that there was a problem with the transportation of radioactive waste from the station. Due to a large amount of waste, its removal from the country and transportation to Russia remains a key issue. The waste cannot be transported by plane. Land transportation through Georgia is not possible because of a number of reasons. Therefore, the waste is stored in wells of unknown quality in the country. This poses a threat to the countries of the region.

By the way, Metsamor station is located 17.5 km from the Turkish border, 60 km from the Iranian border, and 75 km from the Azerbaijani border. In the current crisis in Armenia, there may be a lack of funds to maintain the station. This increases the likelihood that its safe operation will not be possible. UN energy expert Ara Marjanyan recently said that the repair of the nuclear power plant in Armenia was delayed by at least 2-3 years. A few years ago, this plant was discussed at a meeting chaired by the Deputy Assistant Secretary of State for European and Eurasian Affairs Eric Rubin. Then Armenia signed a document to suspend the operation of the station. The document was signed by the then Minister of Energy Armen Movsisyan from the Armenian side and the former US Ambassador to Armenia John Heffernan. At the time, the ambassador said that the United States shared the EU’s position to shut down the nuclear power plant by 2016. As is seen, the Armenian government is not fulfilling its obligation to stop the operation of the nuclear power plant. This means that the station in Metsamor was operated without the control and permission of the international community.

Thus, there is a nuclear threat in the South Caucasus. Armenia threatens the lives of the population of the region with the activities of the uncontrolled, expired nuclear power plant, which is unable to bury radioactive waste. The International Atomic Energy Agency and countries that have benefited from the use of nuclear technology - the United States, Germany, Britain, France, Russia, and China - have turned a blind eye to Metsamor's harmful activities. While Iran's activities in this direction are of concern to the international community, they are ignoring the operation of the station in Armenia. It seems that the international community ignores the harmful activities of Armenia in the field of nuclear technology, as in other issues. For almost 30 years, they have been violating international law by keeping Azerbaijani lands under occupation, by ignoring the documents they signed to end the occupation. However, the Azerbaijani Army showed them their place for 44 days. It seems that Armenia accepts reality only through the use of force. Therefore, it is high time to impose sanctions on Armenia for not complying with international norms on the use of nuclear technology. As there is no sanction, the country's leadership, Armenian sponsors, and the international community have endangered the lives and health of 16,711,809 people in the South Caucasus.