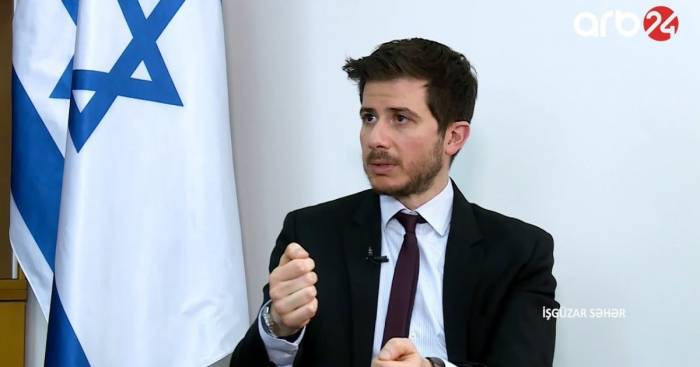 Israel is willing to be close to Azerbaijan in restoration of the liberated Karabakh region, Israel’s Ambassador to Baku George Deek said during a program aired on ARB-24 TV channel, AzVision.az reports.

The envoy said the joint intergovernmental commission will gather in the near future to discuss cooperation between the two countries.

He noted that from the Azerbaijani side the commission will be headed by Minister of Economy Mikayil Jabbarov and from the Israeli side by Foreign Minister Gabi Ashkenazi.

The Israeli diplomat expressed his country’s willingness to be close to Azerbaijan in the restoration of its liberated territories.

“Israel has extensive experience in construction, green energy, agriculture and water security. Therefore, we can work together on the reconstruction of these territories,” Ambassador Deek added.