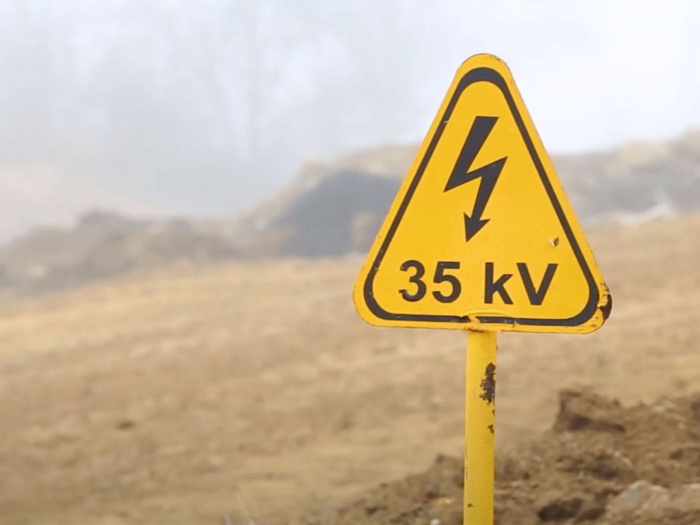 The "Smart Grid" concept, introduced in the Azerbaijani territories liberated from the Armenian occupation, is being implemented in Sugovushan settlement as well, Araz Mammadov, head of the Educational Center of Azerishig OJSC, told reporters on April 22.

“The work on laying of power transmission lines with a capacity of 35 kV is underway in Sugovushan,” Mammadov added. "In accordance with the relevant decree of Azerbaijani President Ilham Aliyev, Azerishig company accelerated the work in Sugovushan, carried out within its project in the Nagorno-Karabakh region."

“The work on laying of 35 kV power transmission lines from the 110/35/6 kV Tartar substation to Sugovushan settlement,” the head of the Educational Center said.

Mammadov added that 0.4 kV overhead lines have been restored in the internal network of Sugovushan settlement.

"The electric power supply will be restored in the settlement soon,” the head of the Educational Center said.