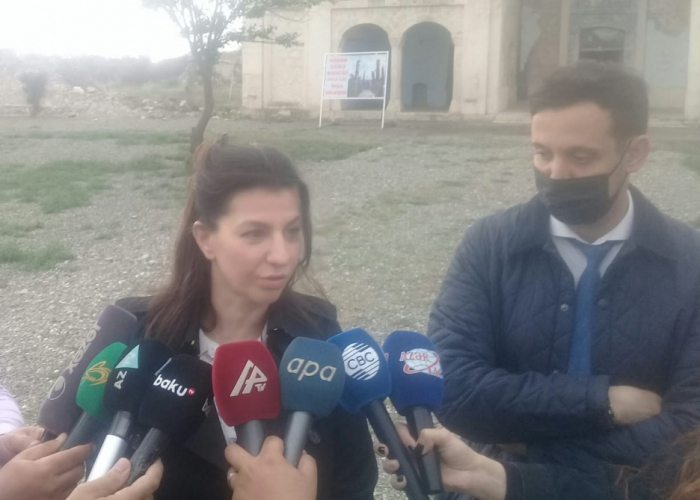 “It can be said that it is almost wiped off the face of the earth,” Arfi said.

According to Arfi, French lawyers received an invitation to visit these places from the Azerbaijani Embassy in France (in Paris).

“We are French lawyers. The main purpose of our visit here is to see everything with our own eyes, in addition to the information in the European press. It's hard to see what happened here. That is why it is very important for us to come here, get acquainted with the situation, see with our own eyes the scale, consequences of the Second Karabakh War, and the violations committed. As is seen, the city can be said to be completely destroyed and almost razed to the ground,” the French lawyer noted.

She also touched upon the topic of France's position on Karabakh.

“This is a rather delicate question, because, as known, there are many ethnic Armenians living in France. When we come here, our main goal is to create a balance of views and opinions,” added Arfi.