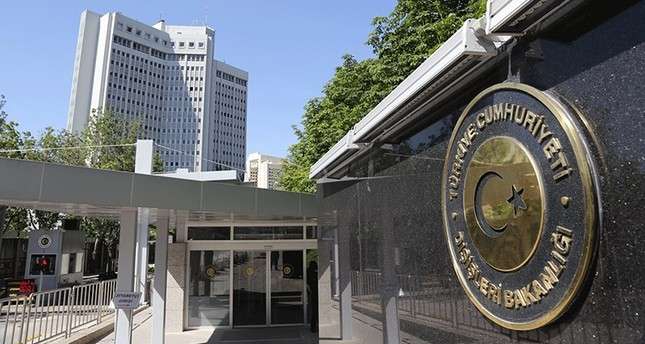 “It is clear that the said statement does not have a scholarly and legal basis, nor is it supported by any evidence. With regards to the events of 1915, none of the conditions required for the use of the term ‘genocide’ that is strictly defined in international law are met,” Foreign Ministry said in a statement.

It noted that the nature of 1915 events doesn’t change according to the current political motives of the politicians or domestic political considerations.

The statement added that the European Court of Human Rights (ECtHR) confirmed the controversial nature of the 1915 events, adding that Turkey proposed in 2005 to Armenian side to establish a joint history commission in order to reach a just conclusion in light of historical facts of that period.

“Although Armenia has never responded to this proposal, it is still on the table. In this respect, the statement made by the President of the US, who is neither legally nor morally authorized to judge historical matters, has no value,” it said.

The Foreign Ministry also said that the U.S. statement will open a “deep wound that undermines our mutual trust and friendship.”

“We call on the US President to correct this grave mistake, which serves no purpose other than to satisfy certain political circles and to support the efforts aiming to establish a practice of peaceful coexistence in the region, especially among the Turkish and Armenian nations, instead of serving the agenda of those circles that try to foment enmity from history,” it said.