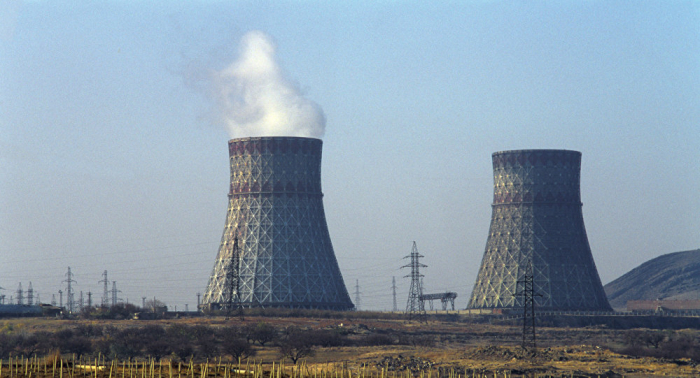 Risks associated with the Metsamor (NPP) in Armenia need to be thoroughly addressed by the international community, Azerbaijan’s Foreign Ministry said in a statement on Monday.

The statement was released on the occasion of the 35th Anniversary and the International Chernobyl Disaster Remembrance Day.

The ministry noted that the Metsamor NPP was built in the years 1976-1980 with similar technology used in Chernobyl and is located in an active seismic zone.

“The fateful combination of outdated technology and location place Metsamor among the most dangerous nuclear plants in the world. Despite continuous warnings by various international organizations calling the facility “a danger to the entire region,” Armenia still continues to exploit Metsamor NPP beyond its operational life span,” said the statement.

The Azerbaijani ministry recalled that in 2020 the European Union once again urged Armenia to close the plant, it said the plant “cannot be upgraded to fully meet internationally accepted nuclear safety standards, and therefore requires an early closure and safe decommissioning”.

“Using out-of-date technology and not following safety instructions during the operation of the Metsamor poses serious environmental problems for the wider region. Furthermore, repeated incidents of smuggling of nuclear materials such as highly enriched uranium raise additional concerns regarding proper physical protection of the plant and its nuclear materials.”

“On this day of commemoration, we call upon all relevant international organizations, civil society institutions active in nuclear safety and environmental issues, as well as regional countries to raise public awareness of preventing a potential disaster and to mobilize their efforts in advocating for the suspension of Metsamor NPP,” said the statement.