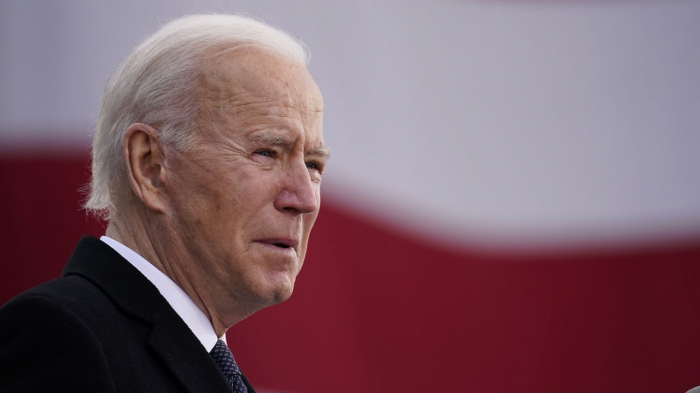 According to the statement, the politically motivated and undermining recently established peace and cooperation in the region, the statement of US President Joseph Biden on the so-called "Armenian genocide" of 1915 is regrettable.

"The statement of the US president on the 1915 events, made under pressure from radical Armenian circles and anti-Turkish groups, is unacceptable. The accusations against Turkey, distorting history, are a tool in the hands of those who want to incite hatred, revenge, and enmity in society,” the statement read.

“The Turkish state has repeatedly called on Armenia and the international community to investigate the events of that period by a joint historical commission. However, Armenia did not accept this proposal. Armenia has pursued a policy of falsifying historical facts and expansion for many years not only against Turkey but also against Azerbaijan. The massacre of more than 50,000 Muslim Turks in various cities of Azerbaijan in March 1918, the murder of more than 30,000 civilians of Azerbaijan by the Armed Forces of Armenia over the past 30 years, including the genocide against Azerbaijanis committed by the Armenian Armed Forces on February 26, 1992, in the city of Khojaly with a population of 7,000 people are among the most serious crimes not only against Azerbaijan but against all of humanity,” the National NGO Forum said.

“The Azerbaijan National NGO Forum, which unites more than 700 non-governmental organizations, always supports fraternal Turkey and strongly condemns the position of US President Joe Biden on the so-called "Armenian genocide". Approaches of this kind threaten the sustainable peaceful development of individual regions and humanity as a whole," the statement said.