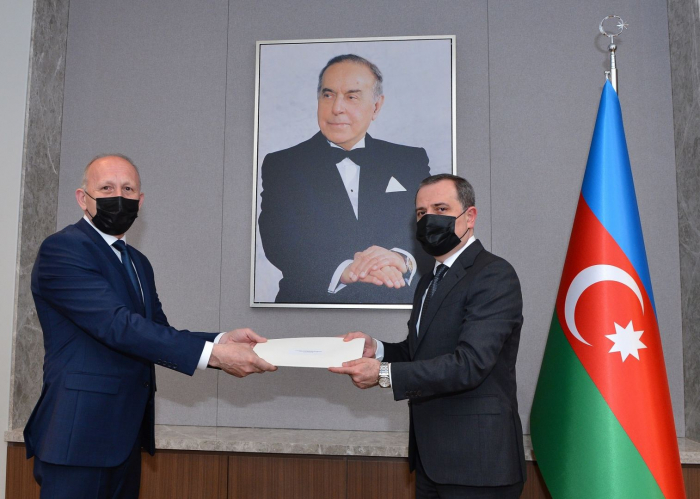 Azerbaijani Foreign Minister Jeyhun Bayramov received Dragan Vladisavljevic, the newly appointed Ambassador of the Republic of Serbia to the Republic of Azerbaijan on April 26, 2021, AzVision.az reports citing the MFA.

Bayramov received a copy of Vladisavljevic’s credentials and congratulated him on his appointment.

In inter-state relations, both Azerbaijan and Serbia unequivocally support the principles of international law, especially the principle of sovereignty and territorial integrity of states.

Noting that Azerbaijan is currently experiencing a historic stage, Bayramov briefed the Serbian ambassador on the current situation in the region after the 44-day second Armenia-Azerbaijan Nagorno-Karabakh war.

Ambassador Vladisavljevic thanked Bayramov for the reception. He conveyed the cordial greetings of Serbian Foreign Minister Nikola Selaković to Bayramov.

The parties also had an exchange of views on such matters as taking appropriate steps to further develop strategic relations between the two countries, including the exchange of mutual visits, as well as holding the next meeting of the Intergovernmental Commission on Trade and Economic Cooperation between the Republic of Azerbaijan and the Republic of Serbia, increasing trade between the countries and developing cooperation in other spheres.

In the end, Bayramov conveyed his sincere greetings to his Serbian counterpart and wished Ambassador Dragan Vladisavljevic success in his endeavors.