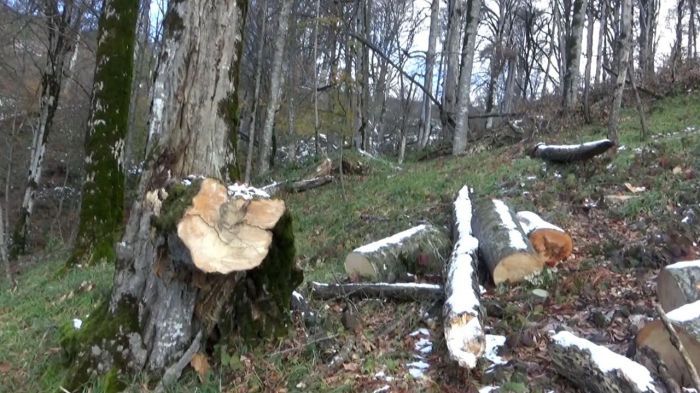 Armenia had destroyed 57 hectares of forests in Azerbaijan’s Fuzuli district during its occupation (from 1993 through 2020), Azerbaijani Deputy Minister of Ecology and Natural Resources Vugar Karimov told journalists, AzVision.az reports.

Karimov said the Azerbaijani flora consists of nearly 5,000 species of plants, of which 2,200 (42 percent) are species growing in Karabakh and surrounding territories.

He noted that before the occupation, the total area of ​​the forest fund of the Fizuli district was 124 hectares, 108 of which were covered with forests.

"Satellite images show that 57 hectares of the district's forest territory, including 11 eastern plane trees with the status of a natural monument, were destroyed during the occupation. Armenians not only cut the century-old trees down but also burned their stumps," added the deputy minister.