Azerbaijani FM: "It is necessary to look at the future” 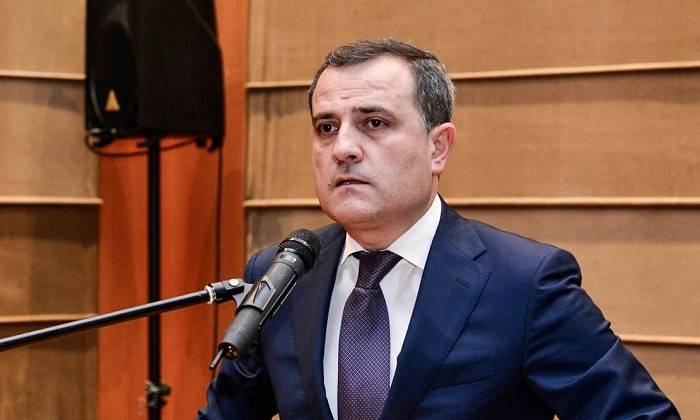 Armenia is the country which mostly calls for antisemitism. Everyone had to know the bitter consequences of this philosophy when statues of fascist Garegin and other terrorists were raised in the center of Yerevan.

Bayramov made the remark at a joint press conference with Lithuanian Foreign Minister Gabrielius Landsbergis, AzVision.az reports on April 30.

The minister said that the number of speeches and calls in Armenia with intolerance and hatred was very high.

C.Bayramov added that Armenians attacked the Azerbaijani diaspora and diplomatic missions abroad and committed offensive and radical actions. One of such actions was in Los Angeles. In the middle of Los Angeles, radical Armenian Dashnaks from Armenian Youth Federation-WUS/The Armenian National Committee of America (ANCA) staged an ‘execution’ of an Azerbaijani with a mannequin wrapped in Azerbaijani flag, with calls to ethnic violence.

"It is a criminal act and those, who commited such actions must be punished. We strongly condemn such radical and criminal actions of the Armenians."

Besides, Jeyhun Bayramov drew attention to the acts of vandalism committed against the monument to the Holocaust in Armenia and the statue of Mahatma Gandhi: "the sooner the Armenian people abdicate from this ideology, the better for them. It is necessary to look into the future. If Armenian people understand it soon, it will better for regional development, peace and stability.”