Important to know where mines are on Azerbaijan's liberated lands, Lithuanian FM says 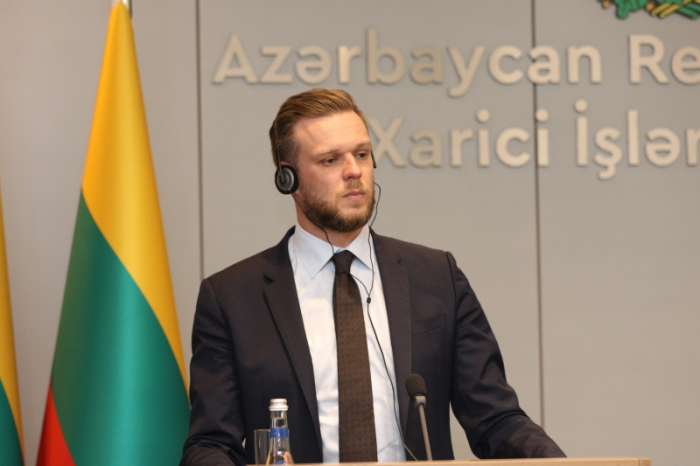 It is important to know where the mines [planted by Armenia during the occupation of these lands] are in Azerbaijan's liberated lands, said Foreign Minister of Lithuania Gabrielius Landsbergis, AzVision.az reports.

Landsbergis made the statement at a joint press conference with Azerbaijani Foreign Minister Jeyhun Bayramov.

He added, that he raised this issue during the meetings with Armenian officials within his recent visit to Yerevan.

Following the liberation of its lands, Azerbaijan started carrying out operations on clearing its lands from mines, booby traps, and various weapons left behind by the Armenian troops. Armenia has not yet provided Azerbaijan with maps of minefields of the mentioned lands.