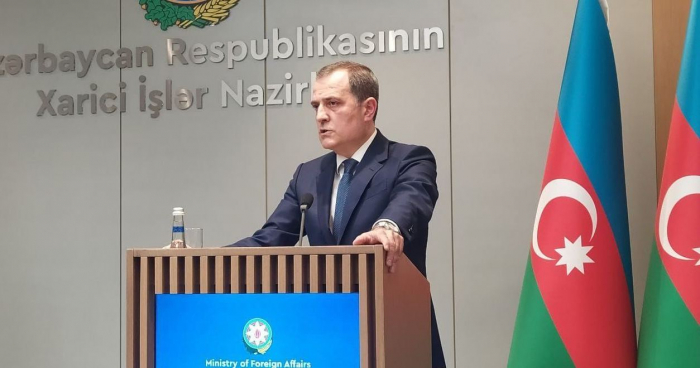 After the 44-day second Armenia-Azerbaijan Nagorno-Karabakh war, Azerbaijan created conditions for the search for the bodies of Armenian servicemen who remained in the liberated territories, Azerbaijani Foreign Minister Jeyhun Bayramov said.

Bayramov made the remark at a joint press conference with Lithuanian Foreign Minister Gabrielius Landsbergis, AzVision.az reports on April 30.

“Along with international organizations and Russian peacekeepers, the Armenian military also participated in the search operations,” the Azerbaijani minister said. “However, despite the appeals of Azerbaijan during 30 years, Armenia did not take any steps to search for the killed Azerbaijanis in the territories under its control and no one criticized the Armenian side for this.”

Bayramov said that a mass grave was discovered in Kalbajar district a few days ago.

"It turns out that such mass graves were known, but the Armenian side didn't take any steps,” Bayramov said.

“A number of European countries have different attitudes towards conflicts in the post-Soviet area, adhering to a selective approach,” the Azerbaijani minister said. “Only a few countries are studying the positions of both sides, but they are an exception to the rule."