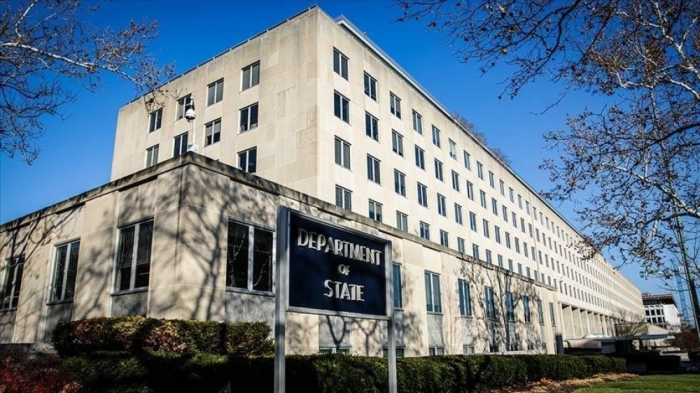 US President Joe Biden’s decision to recognize the 1915 events as “genocide” is not intended to affect Turkey’s sovereign immunity in the US, the State Department said on Friday, AzVision.az reports citing Anadolu Agency.

“The President's recent statement was not intended to impact Turkey's sovereign immunity from the civil jurisdiction of United States courts, which is governed by the provisions of the Foreign Sovereign Immunities Act,” a State Department spokesperson said on condition of anonymity.


Biden formally recognized the 1915 events as genocide on April 24, breaking with a long-held tradition by American presidents of refraining from using the term and drawing a stiff rebuke from Ankara.

Turkish President Recep Tayyip Erdogan called Biden's remarks "unfounded, unjust and contrary to the facts about the painful events that took place more than a century ago."

In separate, Secretary of State Antony Blinken said Wednesday Biden's decision was not seeking to pin blame on Turkey.

Speaking at a virtual event with foreign media, Blinken said Biden's recognition should not have been any surprise because the US president "expressed views that he's held for many, many years, and he's been very clear about that."

"As the president noted, the commemoration of Remembrance Day is to honor the victims, not to assign blame. And of course, the focus that we put on this involved events in the waning days of the Ottoman Empire," said Blinken.