What the sound of your name says about you - iWONDER 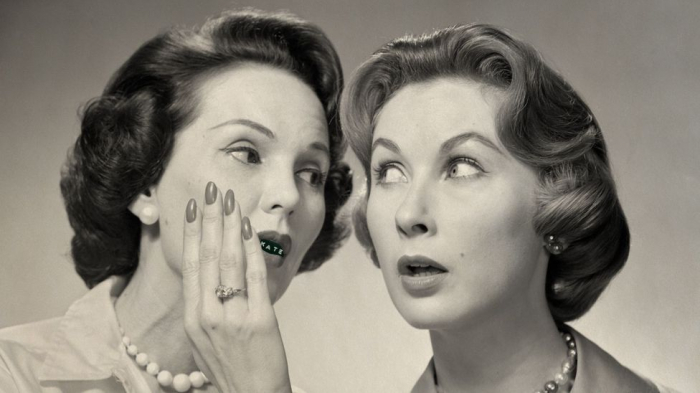 The way your name or a word rolls off the tongue can have some surprising effects on the judgements we make.
P
Picture two cartoon characters, one round and the other spiky. Which would you name Bouba, and which one, Kiki? And which do you then think is more outgoing?

Perhaps surprisingly, most of you will probably attribute the same name and characteristics to each of the shapes. A growing body of research suggests that people tend to make a range of judgments based on nothing but the sound of a word or name.

At its most basic, this is known as the bouba-kiki effect, or maluma-takete effect, because of how our minds link certain sounds and shapes. Across many different languages, people tend to associate the sounds b, m, l and o (as in the made-up words bouba and maluma) with round shapes. The sounds k, t, p and i, as in the nonsense words kiki and takete, are commonly seen as spiky. These associations may be partly rooted in the physical experience of saying and hearing sounds, with some feeling more effortful and abrupt than others.

Surprisingly, the bouba-kiki effect even extends into human relationships, and how we imagine the personalities of people we've never met.

Cognitive psychologist David Sidhu at University College London and psycholinguist Penny Pexman at the University of Calgary have found that people perceive certain personal names such as Bob and Molly as round, and others such as Kirk and Kate as spiky. In French, they and a collaborator showed the same effect with the "round" Benoit versus the "spiky" Éric. In a separate study, participants pictured people with those names as having metaphorically rounded or spiky personalities.

These far-flung associations may originate in how these sounds feel in our mouth, according to Sidhu. "If you think about pronouncing an 'm' versus a 't', for example, that m-sound feels much smoother, and that, by analogy, captures the smoothness of the rounded shape versus the spiky shape." Sounds like 't' and 'k' may feel more energetic, capturing an extroverted, perky, lively quality.

And this mouth-feel of the words we use can influence how we experience the world. At any given moment we use an array of subtle cues to pull together information from all our senses, and make judgments and predictions about our environment.

"There's something there about how humans are fundamentally associative," Pexman says. "We want to see patterns in things, we want to find connections between things, and we'll find them even between sounds, and the things those sounds stand for in the world."

Such associations can help us with important real-life tasks, such as language learning and guessing the meaning of unfamiliar words. In English, words for round things are often round-sounding, as in blob, balloon, ball, marble. Words like prickly, spiny, sting and perky are spiky both in sound and meaning.

Sounds can also indicate size. An i-sound is linked to smallness, while an o-sound indicates largeness. Some of these links exist across thousands of languages, with the i-sound disproportionately popping up in words for "small" around the world.

For people learning new words, whether babies, toddlers or adults, these patterns can be very helpful. Toddlers and even babies already match round sounds with round shapes. Parents tend to use sound-shape associations to emphasise the meaning of certain words, such as "teeny tiny". Adults benefit from associations when they learn a new language, finding it easier to guess or remember foreign words when their sound matches their meaning.

Some argue that these intuitive connections between sounds and meaning may even be leftover from humanity's earliest stages of language evolution and that human language itself started as a string of such expressive, innately guessable sounds.

When it comes to people's personalities, however, the sound is not a reliable guide at all. Sidhu, Pexman and their collaborators tested whether there was a link between a person's name and their personality, perhaps because the round or spiky sound of the name rubbed off on the wearer. They found no such association.

"People agonise over baby names. It's this expectation that the label matters so much," Pexman says. "Our data would suggest that although that's what we think if you call the kid Bob, they're not any more likely to end up with one set of personality traits than another."

Instead, our reaction to a name probably reveals more about our own prejudices. "It does suggest that we're prepared to read a lot into somebody's name that probably isn't a cue to what that person is actually like," says Pexman.

Preliminary results from an ongoing study by Sidhu, Pexman and collaborators suggest that the sound of a name has less of an impact as we find out more about people. When participants were shown videos of people with supposedly round or spiky names, the names made no difference to their judgment of them.

The research feeds into a growing body of evidence that challenges a long-held view in linguistics: that sounds are arbitrary, and have no inherent meaning. Instead, certain sounds have been found to evoke consistent associations not just with shapes and sizes, but even with flavours and textures.

Milk chocolate, brie cheese and still water tend to be perceived as bouba/maluma, while crisps, bitter chocolate, mint chocolate and sparkling water are more likely to be experienced as kiki/takete.

"You could think of a large drum that makes a lower, louder, longer-lasting sound, versus a tiny little toy drum that makes a smaller, high-pitched, shorter-lasting sound. Those are just physical properties of our environment," Styles says. "So it makes sense that a brain that grows up in this environment will coordinate information in those ways."

As widespread as the bouba-kiki effect is, it can be changed or offset by different factors, such as our own native sound repertoire.

Styles and her PhD student Nan Shang tested the bouba-kiki effect with Mandarin Chinese. Mandarin is a tonal language, where the meaning of a word can completely change depending on the tone in which it is said. In English, tone can carry some meaning, for example by signalling a question, but not to the extent it does in Mandarin. The researchers presented English- and Mandarin-speakers with two Mandarin Chinese tones, one high and one falling. The English-speaking participants in the experiment perceived the high tone as spiky, and the falling one as rounded. But Mandarin speakers drew the opposite conclusion, picturing the high tone as rounded, and the falling tone as spiky.

One possible explanation is that if we are unfamiliar with tones in a language, as English-speakers are, then we may mainly hear them as high or low, and form associations based on pitch. But if we are familiar with tones, as Chinese speakers are, we may be able to distinguish finer nuances. In the experiment, the Mandarin speakers heard the high tone as smooth, drawn-out and steady, and therefore, rounded. The falling tone was experienced as abrupt, because it dropped suddenly, making it spiky.

Other studies also found variations in the bouba-kiki pattern. The Himba, a remote community in Northern Namibia who speak the Otjiherero language, judged bouba to be round and kiki to be angular, in line with the general trend. But they found milk chocolate to be spiky-tasting, suggesting that our sensory associations are not universal.

When Styles and the linguist Lauren Gawne tested the bouba-kiki effect on speakers of Syuba, a language in the Himalayas in Nepal, they found no consistent response either way. The Syuba speakers seemed confused by the made-up words, possibly because they did not sound like any actual Syuba words. This made it hard to form any meaningful associations. An analogy would be to play an English speaker the made-up word "ngf", and ask if it is round or spiky. It would probably be difficult to make a meaningful choice.

"When we hear words that don't align with the word pattern of our native language, it's often hard to do things with that word," Styles says. "We can't hold it in our short-term memory long enough to make decisions about it."

Cultural factors are also likely to affect our reactions to the sound of personal names. In English, the sounds k and oo are perceived as inherently humorous. English female names are more likely to contain sounds that are perceived as small, such as the i-sound in Emily, and also feature more soft sounds than male names. But in other languages, names can follow a completely different sound pattern.

Sidhu hasn't yet tested the name-personality association across different languages but expects that it would vary. "Your sounds in the language you speak might affect it; which sounds are more common in names might affect it; even cultural things like ideas about personality and which traits are positive versus negative, I can imagine that also playing a role."
The way a word feels in your mouth as you say it can trigger some surprising psychological reactions (Credit: Javier Hirschfeld/Getty Images)
Uncovering these hidden associations holds one important real-life lesson: we probably read too much into other people's names.

After all, Sidhu and Pexman found no evidence that Bobs are actually friendlier, or Kirks more extroverted. Their findings may lend weight calls to remove names from important processes altogether and anonymise CVs or scientific papers under review, to counter unconscious bias. Sidhu supports the idea.

"I think that makes a lot of sense," he says. "Whenever someone is being judged, taking away all of these extra things that could bias the judgment is always a good idea."