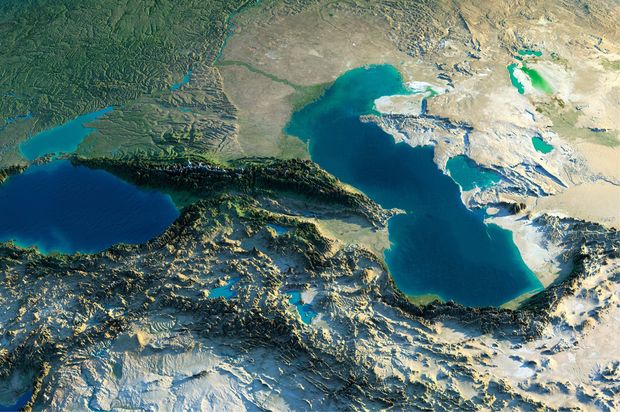 Armenia and Azerbaijan can have economic relations with each other, which benefits Armenia, said Dr. Stephen J. Blank is Senior Fellow at Foreign Policy Research Institute's (FPRI) Eurasia Program in his interview to Baku Tribune.

AzVision/az present some parts of the interview below:

- Several days ago, a telephone call took place between US Secretary of State Antony Blinken and Azerbaijani President Ilham Aliyev. What, in your opinion, can you expect from US-Azerbaijani relations after this call?

- Hopefully, it means that the United States wants to resume playing an important role in diplomacy, not just over Nagorno-Karabakh, but in general, in the Caucuses. Because for the last two administrations that goes back, 12 years now for the United States has essentially been absent from the Caucasus.

- How does the United States see its further role in the settlement of the Armenian-Azerbaijani conflict within the framework of the OSCE Minsk Group?

- What we have now is not really peace but essentially an armistice. There is no sign, that Armenia is reconciled to the outcome of the war. Russia will probably try to find an excuse to keep peacekeepers there long after the agreement has ended.

- The United States did not play an active role in the settlement of the Karabakh conflict within the framework of the OSCE Minsk Group ...

- Well, that's true. And the Biden administration may have come to understanding, that a shortcoming in our policy, which they are now trying to correct.

-907th amendment to the "Freedom Support Act" is temporarily suspended this year as well. Is the possibility of the complete elimination of Amendment 907, which causes serious damage to relations between the United States and Azerbaijan, is being considered?

- I wish I could say yes, but I don't think so. And then we use that suspension in order to advance American interests in the Caucasus. Section 907 prevents the United States from giving any kind of military assistance in general to Azerbaijan. It's clearly originating out of 1993. But now the war is over.

- What will you see the future of a new transport corridor, which is designed to connect Azerbaijan and the Nakhchivan Autonomous Republic through the territory of Armenia (Zangezur corridor)?

- The future of this depends really on overall progress on the larger issues of Nagorno-Karabakh. This could actually work to Armenia's benefit. That's not going to happen anytime soon. But once that happens, it would mean, that Armenia and Azerbaijan can have economic relations with each other, which benefits Armenia. Because Armenia has been excluded from pipelines, railways and other major economic projects and this hurts the Armenian economy.

Watch the full interview below:

Note, Dr. Stephen J. Blank is the author of over 900 articles and monographs on Soviet/Russian, U.S., Asian, and European military and foreign policies.