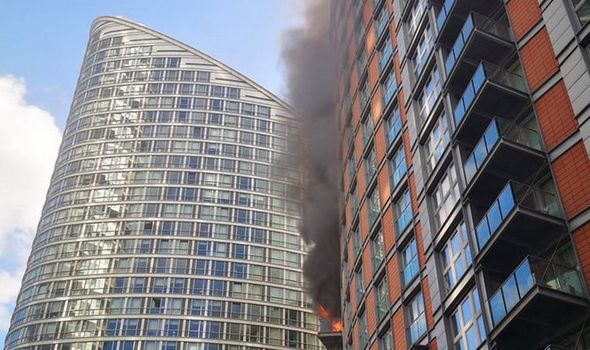 20 fire engines and about 125 firefighters are at the scene of the 19-storey building fire, according to the London Fire Brigade.

Emergency services arrived at the scene of the fire in the 43-storey apartment building complex next to the River Thames at around 9 am, according to the Express.

"Twenty fire engines and around 125 firefighters have been called to a fire at a block of flats on Fairmont Avenue in Poplar. Firefighters are tackling a blaze at a 19-storey block. Parts of the eighth, ninth and 10th floors are alight,” London Fire Brigade spokesman said.

According to media reports, the blaze was several storeys high, with black smoke rising into the air.

The London Ambulance Service had dispatched ambulance crews at the site.

"They've treated a number of people, and remain at the scene, working with other emergency services," London Ambulance Service said.
The cause of the fire is currently unknown.