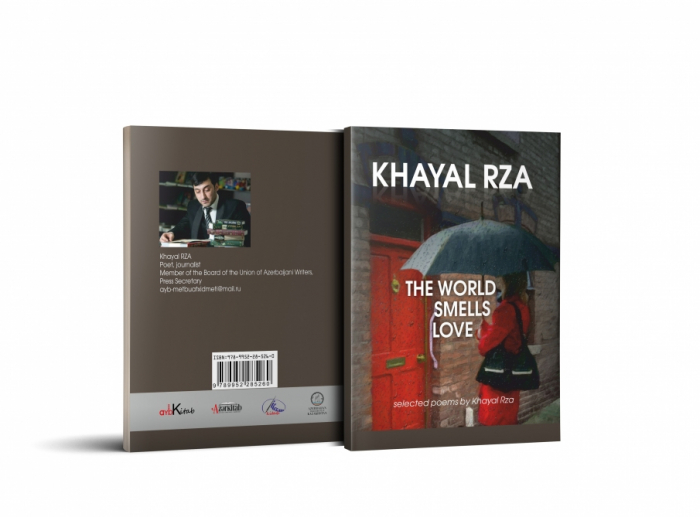 An English version of a new collection of poems “The World Smells Love” by Azerbaijani poet Khayal Rza has been published by Mutarjim Publishing House in Baku.

The book has been published under the project "Contemporary Azerbaijani Poetry in English", translated and compiled by writer and translator Dr Kamran Nazirli.

The project aims at promoting the young talented representative of the contemporary poetry of the Azerbaijani literature Khayal Rza among English readers. It will also be helpful to all those interested in modern Azerbaijani verse in English. All the poems included in this book were written by the author in different years. The meanings of obsolete and rare words related to the Azerbaijani history and culture have been given in the footnotes.

According to the project of Contemporary Azerbaijani Poetry in English the book contains 23 poems. The poems which are generally considered to be good and presenting special interest, either because they are typical of a peculiar time or new literary lines, or they appear to have exercised an influence. The collection is free-form and multi-formed.

Khayal Rza, a poet and a journalist, was born on April 17, 1980 in Beylagan. He is the member and Press Secretary of the Azerbaijani Writers Union (AWU). He is the author of several books such as Let It Be Love, Letters To The Other World, etc. He is also the Azerbaijani Representative of ILESAM -Turkey.