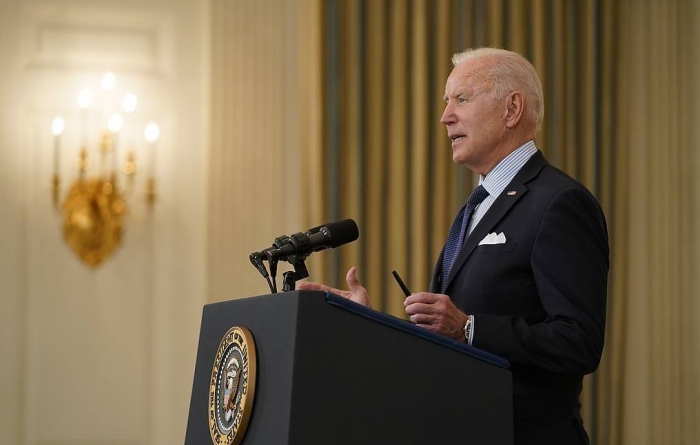 US President Joe Biden said Friday he is confident that a meeting with his Russian counterpart Vladimir Putin can be organized.

"I’m confident we’ll be able to do it. We don’t have any specific time or place. That’s being worked on," Biden noted.

Answering a question whether the situation at the Russian-Ukrainian border affects his intention to hold a summit, the president said: "It does not impact my desire to have a one-on-one meeting."

"He [Putin] had more troops [at the Russian-Ukrainian border] before. He’s withdrawn troops," the head of state said.

On April 13, the US President proposed an in-person summit with the Russian leader in a third country. Later, he clarified that the proposed meeting is supposed to take place this summer in Europe. Earlier, Kremlin spokesman Dmitry Peskov said that the US’s hostile steps towards Russia complicate the analysis of the situation for making the decision on the meeting with Biden.