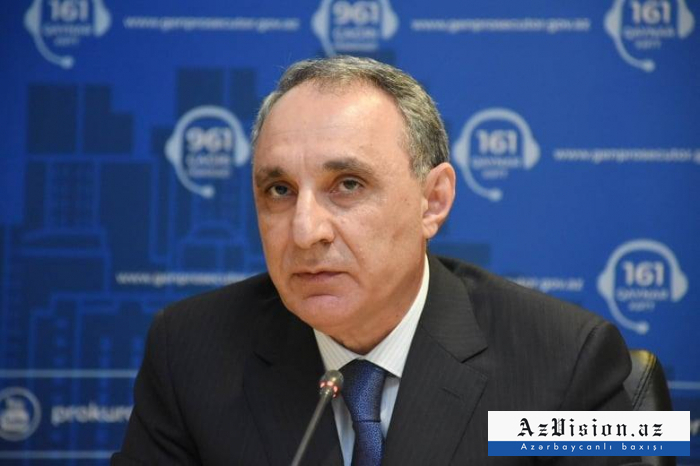 International organizations have already informed about the crimes committed by Armenia against the peaceful population of Azerbaijan, Prosecutor General of Azerbaijan Kamran Aliyev said on Monday, AzVision.az reports.

The prosecutor general said from the very first day of the conflict, Azerbaijan has taken legal measures in this regard.

“Claims about crimes committed by Armenia against the civilian population will be filed both in the order of criminal prosecution and civil proceedings,” he added.

As for Armenian terrorists and mercenaries, who had participated in the second Karabakh war, Aliyev said criminal cases launched against them are nearing completion.

He noted that each of them was charged in a specific criminal case.

“The criminal case against a Lebanese citizen was sent to the Baku Military Court. It will be reviewed in accordance with international conventions. Criminal cases against other terrorists are nearing completion,” the prosecutor general said.