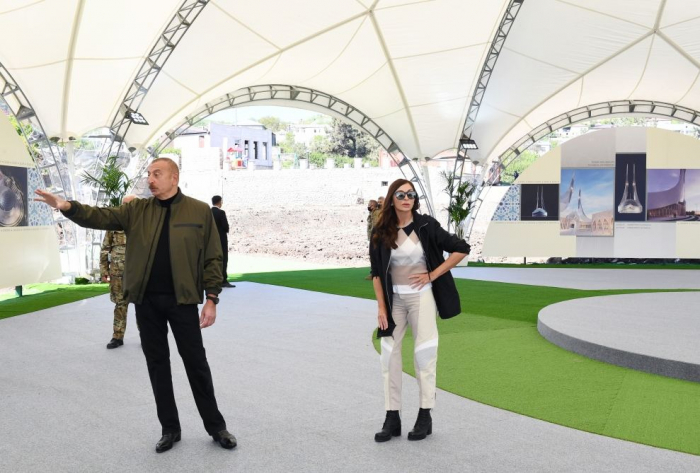 There were 17 mosques in Azerbaijan’s Shusha city once and all of them were destroyed by the hated enemy, Azerbaijani President Ilham Aliyev said.

President Aliyev made the remark on May 12 during the ceremony of laying the foundation of a new mosque in Shusha, AzVision.az reports citing the Azerbaijani presidential press service.

“We laid the foundation for a new mosque in Shusha today. A new mosque will be built in Shusha. I made the decision to build a mosque a long time ago. After the liberation of Shusha from the occupiers, I began to think about the architecture of this mosque. We need to take into account the fact that there used to be 17 mosques in Shusha and the hated enemy destroyed all of them. Three mosques were in a run-down state – the Yukhari and Ashaghi Govharagha and the Saatli mosques. The instruction has been issued to repair them,” the head of state said.