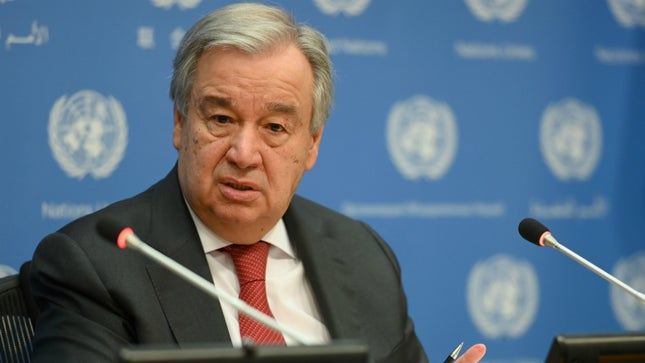 The only way to peace and security in the Middle East is the return to talks on the basis of the two-state solution, United Nations Secretary General Antonio Guterres said on Sunday at an extraordinary online meeting of the UN Security Council on the Palestinian-Israeli settlement, AzVision.az reports citing TASS.

"The only way forward is to return to negotiations with the goal of two States, living side-by-side in peace, security and mutual recognition, with Jerusalem as the capital of both states, based on relevant UN resolutions, international law and prior agreements," he stressed.