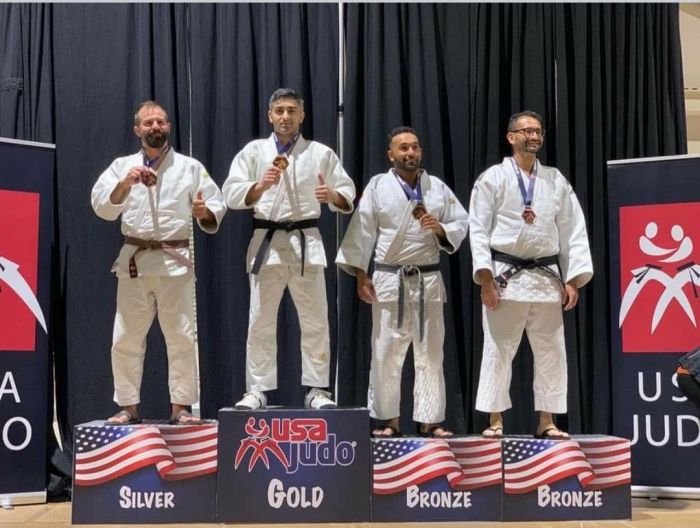 Azerbaijani Zaur Jalil ranked first in the weight category up to 73 kg at the US Judo Senior National Championships, held in Reno, Nevada (US), the Azerbaijani State Committee on Work with Diaspora told reporters on May 16.

This is Jalil’s third gold medal at the US Judo Championship event.

During the award ceremony, Jalil said that he was dedicating his victory to native Azerbaijani people and the Nagorno-Karabakh region liberated from the Armenian occupation.

Jalil lives in New York. He is the son of Telman Jalilov, president of the Azerbaijan Cultural Center in New York, who has been living in the US since 1998.

Zaur Jalil began his training in Azerbaijan in 1991 and has competed in various judo competitions throughout the world. He earned a 3rd place (bronze) medal at the United States National Championship in the Senior Division in 2015.